May 2, 2016 Melissa
Grey L. asks: When did people start using punctuation and who invented the common marks we use? 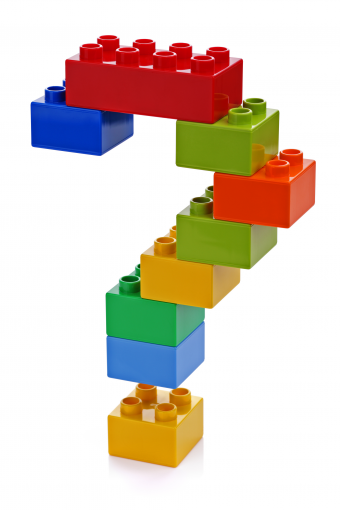 The earliest writings, which were syllabic and/or logographic (think Mayan and Chinese), had no need for either spacing or punctuation, as each word was typically self-contained in the symbol. However, as previously demonstrated, the lack of punctuation and spacing in alphabetic writing made comprehension difficult; so hard, in fact, that in ancient Greece it was a rare feat for an individual to understand a text they were reading the first time through and the idea of reading out-loud to a group without extensive practice beforehand was also not something typically done.

Nonetheless, a few notable exceptions aside, punctuation in the West didn’t really appear until about the end of the 3rd century BC when Aristophanes of Byzantium, head librarian at the Library of Alexandria (see: What Really Happened to the Library of Alexandria?), introduced the precursors of today’s punctuation marks. He suggested inserting dots to indicate where a passage ended and the length of pause needed when speaking a text (useful in aiding knowing how much breath was needed for the following passage). This convention subsequently began to appear in various Greek works and became, to some degree, relatively standardized.

Interestingly, the Greek words that came to be our comma, colon and period were not describing their dotted punctuation marks themselves, but rather the length of the piece of text that was being set apart, to wit: a low mark (hypostigme) denoted a “unit smaller than a clause,” which was known as a komma; a mid-high mark (stigma mese) distinguished a clause or kolon; and a high mark (stigma teleia) denoted an entire sentence, known as a periodos.

The Greeks also introduced a mark to distinguish paragraphs (paragraphos or gamma), and set off quotations with diples.

Not everyone was a fan of these marks. Given that their entire purpose was not syntactical but, rather, elocutionary, many, like the famous Roman orator Cicero (106-43 BC), scorned such punctuation, noting things like when and how long to pause for breath “ought to be determined not… by a stroke interposed by a copyist, but by the constraint of the rhythm.”[1]

Thanks to the influence of the Romans, the punctuation introduced by the Greeks languished as the oral tradition of Rome dominated. However, once Christianity began to spread across Europe via written texts, its scribes began punctuating again in order to try to preserve the original meaning of the Word. (As Lynne Truss famously notes, there is a big difference between “eats, shoots & leaves” and “eats shoots and leaves.”)

In addition, by the 7th and 8th centuries, spaces between words were becoming more common (and are said to have been invented, or at least popularized, by Irish and Scottish monks of this era who were tired of wrestling with separating unfamiliar Latin words). At the end of the 8th century, Charlemagne is generally credited with the introduction of lowercase letters after requesting that the monk Alcuin develop a unified alphabet, which ultimately included these. (See: The Origins of the English Alphabet) 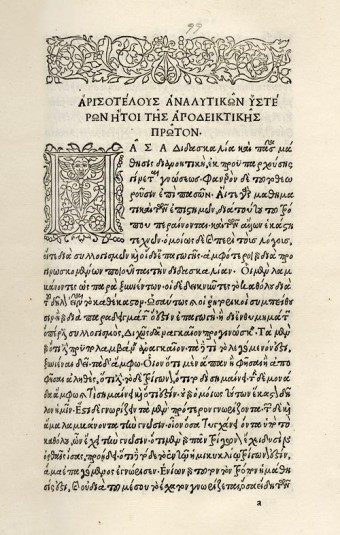 With the rise of the printing press a few centuries later, the numerous conventions (and symbols) used in punctuation became a bit of a problem for printers, something that had not been as much of an issue when things were simply written by hand.  Enter Aldus Pius Manutius, a prominent Italian publisher and printer of the 15th century who, besides famously introducing “pocket editions” of Greek and Roman classic works meant for mass consumption and relatively inexpensive to purchase, also seems to have been the first typographer to use the comma and semicolon.  (He also helped develop italic type with the help of Venetian punch-cutter Francesco Griffo. Interestingly, Griffo seems to have met an untimely end after he beat his son-in-law to death with an iron bar and is presumed to have been executed for this crime- after being charged with this murder, there is no further record of him.)

Aldus’ grandson, Aldo Manutius the Younger (1547-1597) took over the family printing business at the age of just 14. Not long after, he codified the modern, standardized use of comma, colon and period, publishing a book on the subject in the early 1560s called Orthographiae ratio (A System of Orthography). In the book, Aldo built on the ancient Greeks’ minimal punctuation marks and designated that the comma would separate phrases and clauses, the colon would be used for lists, and the “full point” (read: period) would denote the end of the sentence. Aldo also explained the uses of other basic punctuation including the question mark, apostrophe, exclamation point and quotation marks.

Aldo also explicitly noted that the purpose of these marks was more than merely as a rhetorical aid, but that such marks were necessary in order to express and preserve meaning (as previously identified by the Christian scribes centuries earlier).

For English writers and printers, however, while they did begin almost universally using the marks Aldo had expounded upon, punctuation remained widely thought of as primarily for elocution, and authors including George Puttenham in The Arte of English Poesie (1589) and Simon Daines in Orthoepia Anglicana (1640) even set out a standard for the proper use of a comma, semicolon and colon as simply a “pause of one unit . . . two units . . . and of three,” respectively.

This began to change after the publication of Ben Jonson’s English Grammar (1640) in which he illustrated how punctuation could help preserve an author’s original intention, rather than just giving a guide to how to read a text out-loud. Well received, by the time of the Restoration (1660), using punctuation for syntactical purposes was finally common, and in fact, by the 18th century, excessive punctuation (such as placing a comma between every possible phrase) had become a major problem.

Overuse of punctuation continued to some extent through the late 19th century until lexicographers Henry Watson Fowler and Francis George Fowler published The King’s English (1906), which called for far less and established the style of “light punctuation” that endures to this day.