The Wonderful World of Semordnilaps 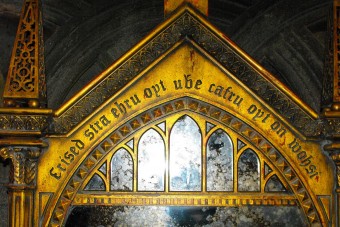 You are most likely aware that a palindrome is a word or phrase that is spelled the same regardless of whether it’s read forward or backward. A few simple examples are noon, race car, dad, mom, and wow. But what happens when a word read backward creates a different word altogether? Welcome to the wonderful world of the semordnilap.

Sylvie was arranging some letters on a board- E-V-I-L.

Bruno looked at it, in solemn silence, for a minute.

‘I know what it doesn’t spell!’ he said at last.

Bruno took another look at the mysterious letters, ‘Why, it’s “LIVE,” backwards!’, he exclaimed. (I thought it was, indeed.)

‘How did you manage to see that?’ said Sylvie.

Since then, multiple attempts have been made to coin the perfect word to describe these sort of “half-palindromes,” but none have stuck or been accepted by the vast majority of linguists or the population at large. These alternate names include backronyms, volvograms, heteropalindromes, semi-palindromes, half-palindromes, reversgrams, mynoretehs, recurrent palindromes, reversible anagrams, word reversals, reversal pair, anagram, reversion, inversion, antigram, and anadromes.

As for the term “semordnilap,” which is beginning to win out as a name for the concept, it first appeared in C.C. Bombaugh’s 1961 Oddities and Curiosities of Words and Literature. The originator of the term does not appear to be, however, Dr. Bombaugh, but rather the editor and annotator of the book, Martin Gardner, who included “semordnilap” in one of his annotations. The word is self-referencing in that it demonstrates the concept for which it describes- semordnilap is palindromes spelled backwards.

Whatever you decide to call them, semordnilaps are everywhere. Some words are naturally semordnilaps (evil/live, god/dog, desserts/stressed, etc.), but others are created intentionally. For instance, “yob” is a British slang word for a rowdy, misbehaving young man- essentially acting opposite of how he should as a boy.

More famous instances of the latter type of semordnilap include: