The Many Unrealized Beatles Film Projects 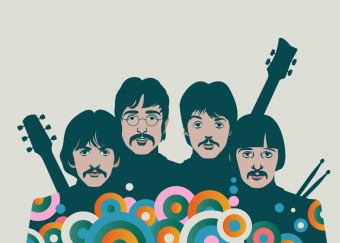 The Beatles hit the big-time and became national stars in Britain in early 1963. They toured the country, playing countless gigs in theaters, music halls, and clubs. Their records and albums, each one seemingly better than the last, soon perpetually reached the #1 spot in their respective sales charts. They appeared on every possible contemporary television show. The next logical step in their burgeoning career was “the movies”.

The Beatles first-ever movie offer was a gritty, slice-of-life, drama called “The Yellow Teddy Bears”. The plot of the film is described as follows: “A clique of girls in an English school wear a small yellow teddy bear on their uniform to signify they have lost their virginity. Linda, the girl’s leader, fears she may be pregnant from her window cleaner boyfriend ‘Kinky’, an aspiring pop singer”. The synopsis goes on, but I think the term “’nuff said” aptly fits.

In “The Yellow Teddy Bears”, the Beatles were to have sung six numbers, none of which were written by themselves. It was to be released under the much less appealing title “Gutter Girls” in 1964. It would seem a great career choice by the Beatles to have given the thumbs-down to that one.

The Beatles had originally signed a three-picture deal with United Artists in late 1963 and now it was time to decide on an official third film. Rumors spread about what the film project might be about. The first possibility was called “A Talent for Loving” (or “The Great Cowboy”, written by Richard Condon, a distinguished screenwriter who had penned 1962’s “The Manchurian Candidate”.) Described as a Western, the plot involved four Liverpool pioneers in the Old West, and included a harrowing horse race and the affections of a well-to-do (and presumably beautiful) woman.

“A Talent for Loving” was officially announced as the Beatles next film project in early 1965, but the Fab Four ultimately rejected the project. (The film was made though, and released in 1969 as “Gun Crazy” starring Richard Widmark.)

Paul McCartney had always loved the Walt Disney animated films, and another mid-’60’s idea was for the boys to appear in the Disney animated feature “The Jungle Book”. The plan was for the Beatles to write some original songs for the movie and make a possible live appearance at the end (shades of the later “Yellow Submarine”). However, Lennon vehemently opposed the idea and the Beatles never did the Disney film (although in the final version of “The Jungle Book”, mop-topped vultures with vaguely British accents do make an appearance).

A “Three Musketeers” film was also proposed for the Beatles third film, but this also never came to pass. The film was to involve significant physical comedy, which the boys were in no mood (or condition) for by the mid-’60’s. The film also supposedly would have had them continue portraying themselves as their “lovable mop-topped image”, which they had grown extremely tired of by the mid-1960s. In addition, the Beatles were very aware of Elvis Presley’s terrible cookie-cutter movies of the ’60’s and wanted to avoid this trap at all costs. (While they ultimately rejected it, Dick Lester, who had directed the Fab Four’s first two films, was to direct three “Three Musketeers” inspired films (sans Beatles) in 1973 “The Three Musketeers”, 1974 “The Four Musketeers: Milady’s Revenge”, and 1989 “The Return of the Three Musketeers”.)

Another, much more interesting animated project, was to have the boys starring in a version of J.R.R. Tolkien’s “Lord of the Rings”. The casting was to be: John as Gollum, Paul as Frodo, George as Gandalf, and Ringo as Sam. “Lord of the Rings”, unlike Disney’s “The Jungle Book”, had the full support (and enthusiasm) of John Lennon, but unfortunately, Tolkien’s estate refused to give them the rights to make such a film.

In late 1966, Walter Shenson, the producer of “A Hard Days Night” and “Help!”, announced that in the Beatles next film, they would be playing not the Beatles, but “four characters who look, think and talk like the Beatles, but are (in fact) different characters”. Shenson continued, “The only other criteria would be that any new Beatles movie would have to be contemporary. They don’t want to do a period story”.

This was possibly the genesis of the next potential Beatles film proposal, a very interesting one, which was discussed in early 1967 called “Shades of a Personality”. The intriguing plot line involved a man (John Lennon) having a split personality- the resulting “personality” to be played by Paul, George and Ringo. While the Beatles didn’t explicitly reject this one, it ultimately got set aside while they worked on other things.

At the same time, playwright Joe Orton was also commissioned by the Beatles manager, Brian Epstein, to write a suitable screenplay. Orton adapted “Shades of Personality” into “Up Against It”- a thrilling tale of sex, polygamy, war and transvestites.

So why was “Up Against It” never made? It has been theorized that it was because the script was pretty risqué for the 1960s and likely would have done damage to the Beatles’ carefully crafted image, even if their acting had been up to snuff. However, Paul McCartney gives the reason in a nutshell: “The reason why we didn’t do ‘Up Against It’ wasn’t because it was too far out or anything like that. We didn’t do it because it was gay. We weren’t gay and really that’s all there was to it. It was quite simple really. Brian was gay [as was Joe Orton], and so he and the gay crowd could appreciate it. Now, it wasn’t that we were anti-gay, just that the Beatles weren’t gay”.

The story of “Up Against It” officially ended on a sad and tragic note in August of 1967. Kenneth Halliwell, Joe Orton’s partner, murdered the young playwright and killed himself immediately thereafter. By a horrible coincidence, Brian Epstein was to die of a drug overdose mere days later.

Though not officially the third film in their contract, the Beatles were to film “Magical Mystery Tour”, a 52-minute TV-movie, during the second half of 1967. “Magical Mystery Tour” was roundly condemned by the critics, and was universally agreed to be the the boys’ first-ever “flop” in their previously impeccable career. The boys also made a brief 52-second cameo in the delightful animated classic “Yellow Submarine” in 1968, and contributed a few original songs to the film. Although originally unenthusiastic about the project, they grew to love “Yellow Submarine” once they saw a screening of it.

In 1970, the Fab Four created “Let It Be”- a documentary-movie of the making of the album of the same name. It depicts the last fragments of the Beatles, made just a few months before their final, painful split. After several years of searching and several rejected possibilities, “Let It Be” was to be the film that officially concluded the Beatle 1963 “three film” contract.