Swift Nick Nevison and His Remarkable Dash to Secure an Alibi 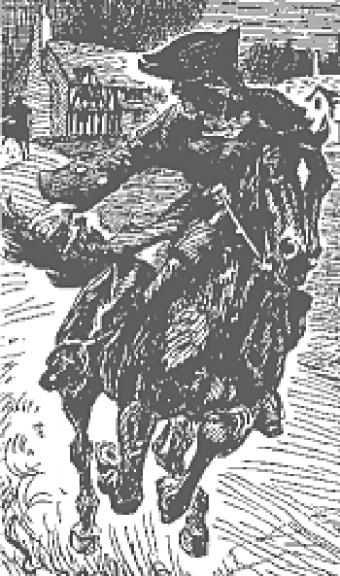 One of only two highwaymen sufficiently dashing to have earned a place in Lord Macaulay’s famous History of England, in the summer of 1676, John “Swift Nick” Nevison famously galloped from Kent to York, a journey of about 200 miles, in a single, very long day- all to create an alibi.

Like much of his life, little is definitively known of John Nevison’s early life. Born around 1639-40 at Wortley, South Yorkshire, Nevison’s family was apparently comfortably middle class. Prone to trouble, Nevison left home while in his early teens, and moved to London where he worked as a brewer’s clerk for many years.

For unclear reasons, Nevison abruptly left England for Holland (purportedly, after stealing the money from a debt he was sent to collect), and while there joined the Duke of York’s army in Flanders, ultimately fighting in the Siege of Dunkirk (1658). After his discharge, he returned to England and lived quietly with his father until the senior Nevison’s death.

At this point flat broke, Nevison took to the life of a highwayman, waylaying travellers and stealing their valuables. Tall, charming and with good manners, it is reported, perhaps legend, perhaps not, that Nevison and his gang never, or rarely, used violence when accosting people on the Great North Road between Huntington and York. Whether just another embellishment to a legendary, not well-documented figure or not, Nevison also supposedly only targeted the rich. (To be fair, this just makes sense as the rich, well, are rich and have more valuable things to take, meaning more money and less robberies needed.)

On the day that earned him his nickname (pun intended), Nevison had robbed a traveller early in the morning (about 4 a.m.) at Gad’s Hill in Kent, England. Being recognized, Nevison realized he needed an alibi, and soon embarked on a daring journey to get one.

Crossing the Thames River via ferry, Nevison rode through Chelmsford, Cambridge and Huntington, before finally reaching York via the Great North Road. Pausing only occasionally for short periods to rest his horse, Nevison made the 200-mile-plus trip by sunset. Quickly stashing his exhausted horse, Nevison found lodgings, washed and dressed in clean clothes, and then strolled over to the green where he knew he would find the Lord Mayor bowling. He struck up a conversation with the dignitary, and even placed a bet on the match, marking the time it was placed at 8 p.m.

Of course, Nevison was later arrested for the robbery, but since he was able to produce the distinguished Lord Mayor of York as his alibi, and the court could not conceive of making that journey in such a short period of time, he was acquitted.

However, word got out about his daring ride and clever alibi and Nevison became “Swift Nick,” (legend has it King Charles II, who would later offer a large reward for the capture of Nevison, gave him the moniker), and over the years, he continued to rob travellers on the Great North Road.

Caught several times, “Swift Nick” again earned his nickname when he was able to escape authorities in 1674 (from the Wakefield goal), 1676 (from transportation to Tangiers – some say he jumped ship before it left harbor) and in 1681 (he played dead, and an accomplice pretended to be a doctor who gave “plague” as the cause of death, so nobody wanted to go near the body to double check Nick was really dead).

Moving up from robbery, Swift Nick crossed a line when he supposedly killed a constable named Darcy Fletcher, who was trying to arrest him. With a bounty on his head, Nevison was caught in Sandal in West Yorkshire, while drinking at an Inn (either the Plough, the Three Houses or the Magpie).

Swift Nick’s journey through life ended in a short drop and a sudden stop when he was hanged at York Castle on May 4, 1684. He is buried somewhere at St. Mary’s Church, York in an unmarked grave.

Did you ever hear told of that hero,

Bold Nevison it was his name,

And by that he gained a great fame.

Now when I rode on the highway,

I always had money in store.

And whatever I took from the rich,

Why I freely gave it to the poor.

I have never robbed no man of tuppence

Though guilty I’ve been all my lifetime

So gentlemen do as you please.