The Aloha Shirt and the Interesting Origin of Casual Friday 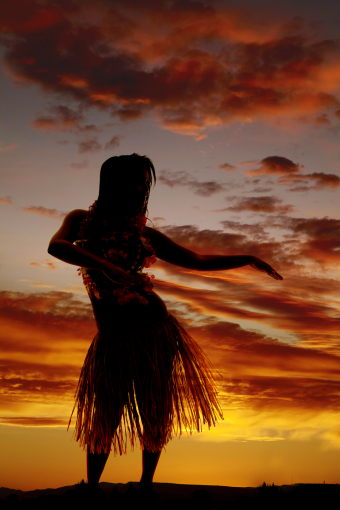 Today, Casual Friday is a day when the conventional dress codes of most offices are cast aside in favour of denim jeans, comfortable t-shirts with movie slogans on them and shirts with the sleeves rolled up. But few people realise that this time-honored tradition of “sticking it to the man” forcing you to wear a noose around your neck four days a week (see: Origin of the Neck Tie) has its origins in a Hawaiian garment company who were simply trying to find a way to sell more of their shirts.

The Hawaiian Fashion Guild were inspired, in part, by a similar campaign in Honolulu in 1946 which eventually resulted in the creation of Aloha Week- a week long celebration of Hawaiian culture that included the wearing of Aloha shirts. This celebration not only helped forge a sense of national identity for post-war Hawaiians, but also helped kick start the burgeoning Hawaiian garment industry who were quickly inundated with many thousands of orders for these Aloha shirts. (In the 1990s, due to intense interest in the event, it was expanded to encompass a whole month of celebrations and was re-branded simply as the Aloha Festival.)

Back tot he 1960s, as part of what they dubbed “Operation Liberation”, the Hawaiian Fashion Guild sent Aloha shirts to every member of the Hawaiian Senate and House of Representatives, and lobbied for them to encourage Hawaiians to wear the shirts. After months of this, the Hawaiian government issued an edict recommending that “the male populace return to ‘aloha attire’ during the summer months for the sake of comfort and in support of the 50th state’s garment industry.”

But this wasn’t enough for the Hawaiian Fashion Guild, led by Bill Foster, who began a new campaign targeting the workplace. In 1965, they once again began lobbying the government to allow its employees to wear Aloha shirts every week on Fridays. Within a year, people working at businesses across the state were donning their favourite Aloha shirts before heading to work every Friday- “Aloha Friday” was born.

After the introduction of Aloha Friday in 1966, the manufacturers of Aloha shirts quickly began producing designs with more muted colors that were less distracting and more suitable for a day at the office. This, in turn, saw Aloha shirts become more and more accepted as a regular every day shirt, boosting sales even further. It’s noted that by the early 1970s, most businesses in the region allowed their workers to wear Aloha shirts whenever they felt like it, not just on Fridays. As a result, Aloha Friday became the day on which some workers would choose to wear more flamboyant shirts sporting brighter, more elaborate designs than typically worn the rest of the week.

Although Aloha shirts were already a thing in mainland America at this point, and had been since the 1940s when American GI’s serving in the Pacific theatre brought them back after WW2, the idea of Aloha Friday didn’t make its way to the mainland until around the early 1990s, when cash-strapped businesses affected by a brief recession began looking for a way to raise employee morale without spending any money. The result- “Casual Friday”. Within a few years, this had spread across the entire country.

This all brings us to yet another innovative shift in acceptable business attire thanks to a marketing campaign by a major clothing manufacturer- this time Levi’s.

In 1992, Levi’s began a guerrilla marketing campaign to try to define the idea of “Business Casual” as they saw fit. The impetus for this campaign was that, as companies began introducing “Casual Friday” and otherwise relaxing their dress codes, a problem arose.  PR guru Rick Miller, who worked on the Levi’s campaign, outlined the issue- “We found when guys shed their coats and ties they really didn’t know what to wear… People were showing up in Hawaiian print shirts or sandals and shorts. Frankly, there were concerns on the part of management that work might become too much fun.”

As such, Levi’s created a brochure called “A Guide to Casual Businesswear” and sent it to approximately 25,000 businesses across the United States. The brochure was not only helpful to companies trying to figure out how to define acceptable casual wear at the work place, but also a thinly veiled advertisement for Levi’s Dockers- khaki pants formerly generally only seen on the golf course. It worked. Many businesses used elements from this guide for their own guidelines for business casual wear for their employees. Within a year, men across the country began turning up for work en masse wearing Dockers.

As happened with Aloha Friday in Hawaii, the idea of Casual Friday disseminated throughout the world of business and the idea of “business casual” being suitable for every day of the week eventually became the accepted norm at many companies. So, in some sense, you could say the reason many of us reading this can go to work wearing something other than a suit is, in large part, because in the 1960s a company in Hawaii really wanted to boost sales of Aloha shirts.