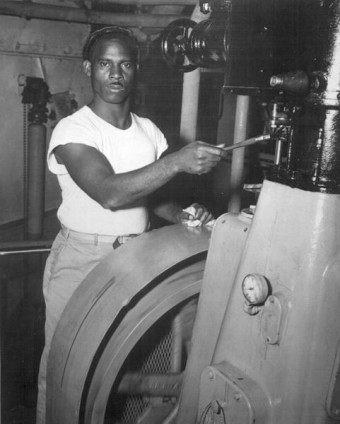 The t-shirt is arguably the most popular outer garment in the entire world. Coming in a range of styles, colors and sizes there is quite literally a t-shirt for everyone. But where did this iconic garment come from and how did it become so popular?

Relatively speaking, the t-shirt is a fairly new addition to our collective wardrobes and it has only been an acceptable piece of clothing in its own right for around half a century. While the garment itself has existed in a recognisable form (albeit with wider necks and shorter sleeves) since the early 20th century, it was almost universally considered to be underwear and it was rarely, if ever worn in public.

So where did the t-shirt come from? It’s thought that it evolved from a kind of all-in-one underwear made from red flannel known as the “union suit” which was popular with workers in the 19th century. The union suit was patented in 1868 in New York and was based on a similar kind of underwear that had been popular with Victorian women. While the Union Suit excelled at keeping men warm, it was all but useless at keeping them cool in hot weather, unless that is, it was cut in half, which many workers did. In so doing, they inadvertently created the top half of what many would recognise today as “Long Johns”, a similar garment which consisted of two pieces of long underwear. 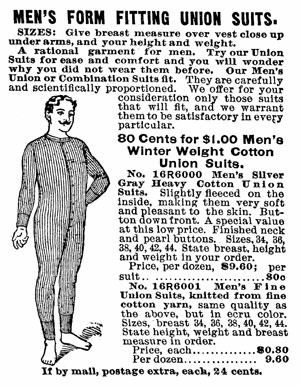 Although Long Johns themselves have existed since the 17th century where they were similarly popular with workers and the poor, they were most popular during the Victorian Era, along with Union Suits, where they were advertised to women as a way to keep their waists trim, via having to wear fewer layers around the waist, while still keeping warm. Unlike Union Suits which have since become the literal butt of many a comedy gag (thanks to the fact they often feature a built-in flap on the butt), Long Johns have never really waned in popularity since and have been keeping people warm right up until the modern day.

Sometime in the 19th century, the people making these type of toasty undergarments began experimenting with fabrics that could stretch back into shape to make the product more comfortable. This resulted in the creation of buttonless undershirts made from wool and cotton that you could pull over your head without ruining the collar.

Though the exact date these so-called pullovers were invented, by whom and when workers began wearing them isn’t known, we do know that they absolutely weren’t considered something you could wear in your day-to-day life without something over them. There were even laws on the books as early as 1890 in places like Havana stating that it was illegal to wear these pullover tops exposed in public.

The fate of what would become the t-shirt began to change in 1904, when the Cooper Underwear Company began marketing them to single men as “bachelor undershirts” with a tagline that simply read: “No safety pins — no buttons — no needle — no thread”

The advertisement played up to the fact that the “undershirt”, as it was then known, consisted of a single piece of fabric that had no buttons, meaning it would be more durable than its buttoned counterpart, with less maintenance.

Why is this important to the history of the t-shirt? Because very shortly after this advertisement ran (about a year), the US Navy, who employed many a young bachelor with limited sewing skills, officially incorporated the button-less white undershirt into its uniform.

According to the (1905) Uniform Regulations of the United States Navy, a full transcript of which you can read here, the cotton undershirt was exactly that- a shirt that had to be worn underneath the rest of the sailor’s uniform. That’s not to say there weren’t exceptions though; according to the regulations, sailors were allowed to wear a light cotton undershirt “of identical pattern” in warm weather at the discretion of their commanding officer whilst sailors working the engine room were allowed to fashion themselves a makeshift undershirt to make themselves more comfortable if they so desired.

The undershirt came to the attention of the US Army a few years later during WWI with the undershirts soon worn by tens of thousands of army soldiers, many of whom took the fashion home with them.

Shortly after WWI ended in 1920, the author F.Scott Fitzgerald became the first known person to use the word “t-shirt” in print when he included it in his novel, This Side of Paradise as one of the items the main character takes with him to university. And, in fact, a very slight tweak on the design of early t-shirts came about at university, the invention of the “crew-neck t-shirt”.  These were made in 1932 by Jockey International Inc at the bequest of the University of South California, who wanted a lightweight, absorbent garment its football players could wear underneath their jerseys to prevent their pads from rubbing and chafing. The resulting style t-shirt was a huge hit with the team and it wasn’t long before students began popularly wearing them.

By the time WWII started, the “modern” t-shirt had become commonplace in high schools and universities across the states, though it wasn’t yet ubiquitous and was still commonly worn by adults, at least, as an undershirt. (There were many exceptions, of course, particular among laborers in hot environments, such as farmers.) The final push for mainstream acceptance of the t-shirt as an outer garment started at the end of WWII, when soldiers returning home began incorporating them into their casual wardrobe, much in the same way they’d done during the war.

The popularity of a t-shirt as an outer garment further surged thanks to Marlon Brando and his role as Stanley Kowalski in A Street Car Named Desire which featured Brando wearing a tight fitting (as most were at this point), bicep caressing t-shirt. Brando’s smouldering performance in both the play and 1951 movie caused a nationwide spike in sales of t-shirts, proving to the world that the t-shirt could be a “sexy, stand-alone, outer-wear garment“.

It didn’t take that long after for businesses to realise the marketing potential of these mostly blank outer garments, with the likes of Roy Rogers and Walt Disney among many others soon using them for this purpose, popularizing the now ubiquitous practice of putting designs on t-shirts.  And the rest, as they say, is history.