Charles Dickens and a Stalker 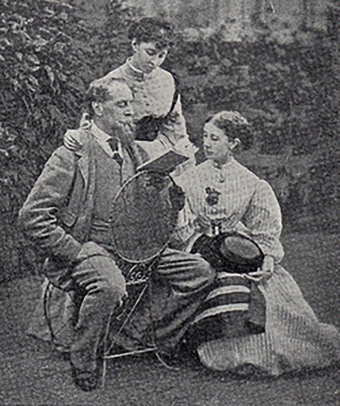 For all Charles Dickens knew, his second American tour starting in 1867 might be a trip into hostile territory. His first tour in the country during 1842 left him disillusioned, and his subsequent books American Notes and Martin Chuzzlewit offered stinging criticism of the America he experienced.

But he was desperate.  Between his banished wife’s monthly stipend and supporting his many children’s upper class lifestyles (six of them wholly), he wrote to his sister-in-law stating, “Expenses are so enormous, that I begin to feel myself drawn towards America, as Darnay in the ‘Tale of Two Cities’ was attracted to the Loadstone Rock, Paris.”

At the time, there was no international copyright law, making it so pirated copies of his various works had long been hot sellers in the United States, but hadn’t earned him a dime. To tap into his vast audience in America, he simply traveled over and toured around doing readings.

With his second jaunt across the pond, despite his scathing works about the country after his first trip, it turns out he need not have worried about public response. Post-Civil War Americans were just as eager, if not more so, to see the famous author as they had been when he visited in 1842 and he (literally) struggled at times not to have his clothes torn off his back by fans attempting to grab a souvenir of their encounter with him. One fan even reportedly made impressions of one of Dickens’ boot prints after he’d walked by.

This was nothing new.  During his 1842 tour, he once complained he woke up in the morning to find several men crowding the window of his cabin on his boat docked in Cleveland- watching him and his wife sleep. He noted of that trip, “If I turn into the street, I am followed by a multitude. I can’t drink a glass of water without having 100 people looking down my throat when I open my mouth to swallow.” (In the end, Dickens bagged the equivalent of £38,000 from 76 readings during his second tour of America, accounting for a remarkable 20% of the value of his estate upon his death shortly after the trip.)

Dickens arrived in Boston for this second American tour on November 19, 1867. With the week and a half between his arrival and his first speaking engagement, he kept himself entertained at the Parker House Hotel by dining and playing games with, among others, his manager, publisher, and a New York couple, the Bigelows.

John Bigelow of New York edited and co-owned the New York Evening Post from 1849 to 1861 when he became a factor in international diplomacy. Bigelow, a Republican since 1856 after walking away from the Democrats over the issue of slavery, was appointed to the American Consul in Paris by Abraham Lincoln in 1861. He quickly progressed up in the ranks to Chargé d’Affaires to Envoy Extraordinary and Minister Plenipotentiary. He used his influence in Napoleon III’s court to help stop France from providing any aid to the Confederate States of America during the Civil War. That lack of aid played a major role in the success of the Union. He was rewarded for his efforts with a promotion to the position of American Ambassador to France in 1865.

Bigelow’s wife, Jane, was born in Baltimore, Maryland in 1829 and married John Bigelow in June of 1850. The couple had nine children together, but their marriage was anything but happy. Part of the problem was her decorum, or lack thereof, and erratic behavior. (At least as far as John was concerned.) This resulted in several noted instances of her embarrassing the pair at state functions, included slapping the Prince of Wales (later Edward VII) on the back at one function, reportedly severely offending him. 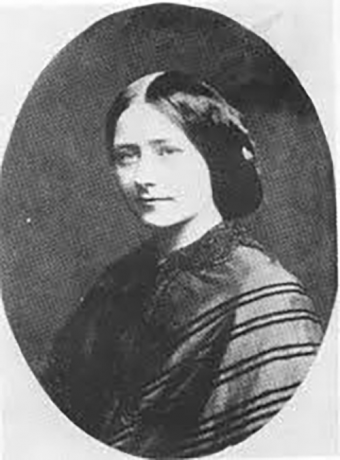 Charles Dickens was sympathetic towards John Bigelow’s unhappy marriage when he met the couple in 1867, and bonded with him over it. You see, Dickens himself often voiced his displeasure at being married to his wife, Catherine Hogarth, stating he “was totally incompatible” with her. Despite this, the unhappy couple managed to have ten children together.

After more or less banishing Catherine to London (a divorce wasn’t possible due to his fame and the scandal it would have caused), he instead kept his beloved mistress nearby most of the time- one Ellen Ternan, who he had originally begun having an affair with when he was 45 and she 18. (The pair remained together until his death in 1870 at the age of 58, at which point he left her a sizable inheritance to ensure she’d have sufficient money to last her lifetime.) Dickens had chosen not to bring Ellen with him to America due to the potential scandal that might ensue if the relationship was publicized in the media.

Dickens’ publisher’s wife, Mrs. Annie Fields, wrote in her diary that Dickens felt “the deepest sympathy for men who are unfitly married and has taken an especial fancy… to John Bigelow, our late minister to Paris… because his wife is such an incubus.”

Needless to say, Dickens didn’t appear to get along with Jane any better than her husband did. But even after experiencing the (at the time) somewhat unique attention his extreme celebrity status brought during his first tour of America, he could never have imagined facing a stalker. This was an age when “rock star” type celebrity status so common today was nearly unheard of and Dickens stated of it all, “How queer it is that I should be perpetually having things happen to me with regard to people that nobody else in the world can be made to believe.”

Mrs. Fields diary revealed a tipping point in Jane’s transition from “obnoxious” to “stalker,” noting that Jane’s behavior “at last brought the matter to a crisis” less than a month after the entry calling her an incubus. And it all happened in New York.

A widow named Mrs. Hertz was a big fan of Charles Dickens, and she desperately wanted to meet him after his reading at the Westminster Hotel in New York. She sent him flowers and convinced her friend who managed the Westminster to arrange a meeting. Mrs. Hertz met Dickens the next day at noon in his room. However, what she did not know was that Jane Bigelow would be waiting for her in the hallway when she left. Upon Mrs. Hertz emerging from Dickens’ room, Jane began striking her with her fists while simultaneously screaming at her.

The attack did not do much to change Dickens’ security as his manager already stationed guards outside the author’s door at all hours to prevent fans from barging inside. However, from this point on, Dickens did banish Jane from his social circle and let his guards know to keep her away from his room.

This didn’t stop her from trying to get near him. Over the course of the remainder of his stay in New York, she attempted to see him several more times, but was turned away by his guards. She also took to hanging around the hotel to watch for him. As such, when Dickens needed to leave the hotel or return, his friends served as lookouts and alerted him if Jane was around.