This Day in History: August 14th- The Death of Dorothy Stratten 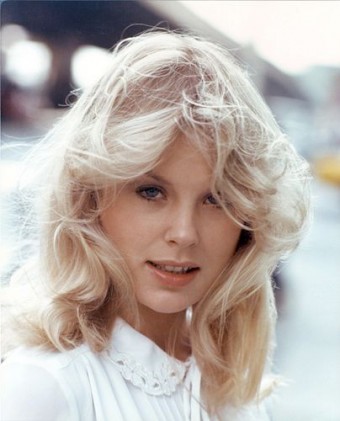 Everything happened so fast for the twenty-year-old beauty. She went from working at Dairy Queen at 17 to being Playmate of the Year shortly thereafter, then launching a promising acting career. At the same time, she was divorcing her abusive control freak husband in favor of getting engaged to an A-list Hollywood director. But in one horrific moment it was all taken away.

Dorothy Ruth Hoogstraten was born on February 28, 1960, in a small country town outside Vancouver, Canada. When she entered her high school years, she took a job at Dairy Queen where she eventually met Paul Snider, who fancied himself the next Hugh Hefner. He desperately craved celebrity status and all the perks that came with it. When he met Dorothy, he decided to groom her as his meal-ticket to the big time.

Snider laid on the charm, showering Dorothy with flattery, attention and presents. Soon after, they began dating and he cajoled her into posing nude for a series of photographers. He also talked her into changing her last name to Stratten and becoming his wife.

One smart move Snider had made was sending some of Dorothy’s photos to his idol, Hugh Hefner. The founder of Playboy was immediately taken with the beautiful blonde so Dorothy and Snider moved to Los Angeles. She was Miss August in the 1979 issue of Playboy and chosen as 1980’s Playmate of the Year. Dorothy was the epitome of the perfect Playmate – a small town, corn-fed, girl-next-door beauty – but she wanted more than just to be seen as beautiful or a sex symbol. She wanted to act.

Dorothy appeared in several B and C movies including Autumn Born (1979) and Galaxina (1980), drawing critical praise for her acting ability despite the crummy vehicles. She also appeared in episodes of the popular TV shows Fantasy Island and Buck Rogers. At the same time, she decided to pull away from Playboy to try for a full time acting career. All signs pointed towards Dorothy being able to do what so many others had attempted and failed.

However, as Stratten’s star rose, Snider became more controlling and abusive. His addiction to cocaine worsened and his behavior went from embarrassing and crass to unpredictable and violent. All his attempts to keep his wife under his thumb drove her further away. He eventually was not only a threat to her career but her safety. At the encouragement of Hugh Hefner and others who were close to her, she finally found the nerve to leave her unbalanced husband. As she said in her memoirs, “I had to think of Paul less and start enjoying myself with other people.”

Around that time, she met and fell in love with director Peter Bogdanovich. He wrote a part for her in his latest film the romantic comedy “They All Laughed”. Bogdanovich said of this, “She had great potential. We only did one picture together, but she was amazing. Very smart. None of the portrayals of her in movies gave any indication of how smart she was and thoughtful. She was a great student. And wrote beautiful poetry and thoughtful essays… She was very receptive. She was a great woman.”

The two vacationed together in Europe and decided to marry once Dorothy’s divorce from Snider was finalized. However, Snider wasn’t giving up that easily.  As Bogdanovich later stated,

“In New York she complained that he kept calling her a lot. She didn’t like it. She wrote him a letter telling him it was over and he wouldn’t accept it. …During the movie, she went back to Vancouver for her Mother’s wedding. Her mother was getting married again. And Paul showed up and she was very upset about it. And she was afraid he would come to New York. She was trying to keep him away from New York. When she came back she was quite upset about the situation with him. She didn’t want to be with him anymore and hadn’t wanted to be with him for a long time.”

Ultimately Dorothy decided to see if she could work out a divorce in person, so on the afternoon of August 14, 1980, went to meet Snider to discuss the situation, reportedly also bringing a large sum of money with her to give to him, perhaps to encourage him to grant the divorce without a fight.

Later that day she was found lying naked on Snider’s bed- dead from a close range shotgun blast to her face. Snider was also dead from a similar injury, sprawled naked on the floor.

During the investigation, it was uncovered that Snider had raped and murdered Dorothy before finally killing himself. She was just twenty years old when she was killed.