This Day in History: July 15th- A Bloody Wedding 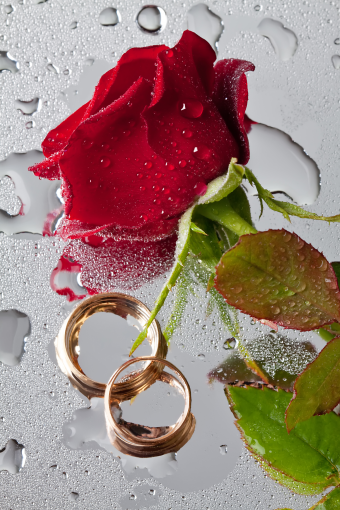 It’s a rare wedding that goes off without a single hitch, be it big or small. But few, if any, can rival the nuptials-turned-massacre of Astorre Baglioni and Lavinia Colonna on July 15, 1500 in Peruglia, Italy.

In Peruglia, civic unrest was the name of the game in the 14th century. There was constant struggle between the citizenry and the nobles. When the self-appointed lord of Peruglia, Biordo Michelotti, was assassinated in 1398, the city became a hapless pawn in the Italian wars, passing from the hands of Gian Galeazzo Visconti to Pope Boniface IX, and then to Ladislaus of Naples.

The Baglioni family first made its mark when Malatesta (1389–1437) and Bracchio Fortebracchi were both imprisoned for opposing Pope Martin V. Malatesta secured his freedom by promising that he would persuade the people of Peruglia to support Pope Martin if released.

For his efforts, he was rewarded with the seigneury of Spello. Malatesta became ruler of Peruglia in everything but name. His son Bracchio succeeded him, and after ousting the rival Oddi clan in 1488, the Baglionis created a council consisting of ten family members called the Ten Judges, through which they intended to handle the business of ruling Pergulia.

This might have been a smoother process if the Baglioni Bunch wasn’t a hopeless dysfunctional mess of bitter infighting and violent outbursts. Power grabs were an ongoing affair within the family, and everything came to a very gory climax on July 15, 1500 during events centering on the wedding of Astorre Baglioni and Lavinia Colonna.

The minor members of the Baglioni family, led by Grifonetto Baglioni, decided to use the opportunity of a large family gathering to make their power grab. To this end, they banded together at the wedding feast and began viciously slaying others in attendance, with reportedly over 200 dead when all was said and done.

But they saved the best for the groom, cutting open his chest, ripping out his heart and symbolically demonstrating their dominance over him by reportedly taking a bite out of the heart before tossing his body in the street. His father and brother were also brutally murdered that day. The reaction of the poor bride can only be imagined.

Hopefully she at least got to keep the gifts…

It wasn’t all smooth sailing from there for Grifonetto and his band.  They made the monumental mistake of not killing everyone, with a few prominent relatives managing to escape, at which point they banded together with a small army of mercenaries under Vitellozzo Vitelli and retook the city, killing Grifonetto in the process.