The Rare Language of Boontling 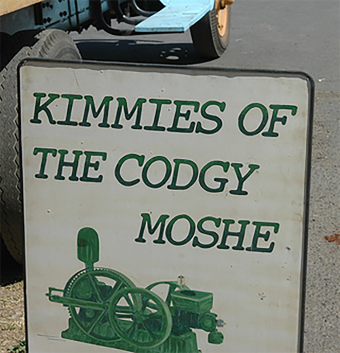 At the turn of the 20th century in the isolated little town of Boonville, California, local residents became so enamored with creating and using their unique slang that they essentially developed an entire language. Called Boontling after the town, due to the way the language was formed, it is relatively incomprehensible to all except the initiated.

About 50 miles southeast of Mendocino in the Anderson Valley, Boonville was a quiet place in the early 1900s. With fewer than 1,000 residents, there was little entertainment outside of dancing, deer hunting, drinking and talking.

Derived of a mix of English words with a bit of Spanish and Pomo (a local Native American dialect), and influenced by Irish and Scottish, there are three competing theories of how Boontling began.

The first, seemingly overly specific and unlikely theory, is that it was created by women working in the hops fields to disguise their gossiping about an unwed pregnant girl from a neighboring town (Ukiah), who was sent there to protect her family’s reputation.

The other two are mirror images of each other and seem plausible enough: either Boonville’s parents developed the lingo to keep their conversations secret from their children, or their children started it to hide their communications from their parents. Given many children do this sort of thing, though not in such an isolated area so usually growing out of it at some point, the latter seems perhaps the most likely.

Boontling (itself a combination of the name of the town and the word lingo) words come from several sources: real people’s names; naming people, things, and acts after their characteristics, something they did or something that has been done; modifying how a word is pronounced; borrowing from other languages; combining words; referencing figures of speech; and incorporating the sound something makes into its name.

Examples include: a greeley is a newspaper reporter after Horace Greeley, and one Boontling speaker was called Chipmunk because he was a hoarder.

Boshe (deer) was taken from Pomo; breggo (sheep) was derived from Spanish; and kimmie (man) from Scotch-Irish.

Moshe (machine) was often combined with other words, such as taishin’ moshe (outhouse) and harpin’ moshe (radio).

A cocky aggressive guy was called a featherleg, reflecting the same characteristics of a bantam rooster, and a .22 rifle was called a spat, for the sound it makes when shot.

A spoken language, written Boontling only became standardized after a curious Ph.D. student convinced residents to help him explore the language for his dissertation in the 1960s. In the 1970s, it came to the attention of television producers who featured some of the speakers on shows like To Tell the Truth and The Tonight Show Starring Johnny Carson.

Famously, Chipmunk was on The Tonight Show when Johnny asked him about going to Boonville to burlap a bahl dame– dame (for lady) bahl (for good-looking) and burlap (for love-making). According to Chipmunk:

BTW: burlap was reportedly coined when the clerk at the general store and his lady friend were caught in flagrante delicto on some burlap sacks.

Although when heard in bits and pieces, Boontling doesn’t seem like it would be hard to understand, when the words are strung together, it can be as incomprehensible as the original version of Beowulf. Consider this Boontling translation of Old Mother Hubbard:

Today the Anderson Valley is famous for its wineries, although its population has remained about the same. Some of the younger generation keep the language alive, and are even helping it grow. In recent years, some new words have been added, such as downstreamer – meaning an old man and reflecting the fact that when the local salmon go down stream, they are on their way to die.

Nonetheless, today fewer than 100 people speak any form of the language, although as one fan has noted, “Who doesn’t love a secret language? I mean, come on.”