This Day in History: June 15th- The Story of Henry Flipper 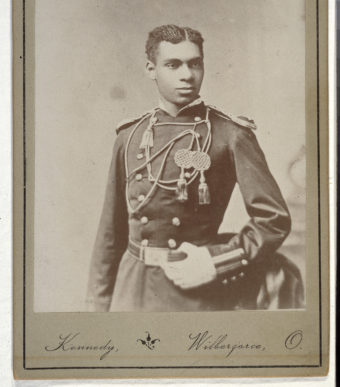 Henry Ossian Flipper was born on March 21, 1856 and, grew up as a slave in Thomasville, Georgia. He was a very intelligent youngster. Another slave secretly taught him to read, putting them both at great peril. After the Civil War ended, he attended schools run by the American Missionary Association and began studying at Atlanta University in 1869.

Flipper had always felt drawn to the military. He wrote to Georgia congressman James Freeman in January 1873 requesting admission to West Point. Freeman replied that he would recommend him only if Flipper proved “worthy and qualified.” He did, and Henry was allowed to take the entrance exam. He passed. Flipper entered West Point on July 1, 1873.

Unsurprisingly for the era, at the Academy, Henry had to endure incredible racism. He was also well aware that the six black men that attended West Point before him did not make it to graduation. Further, his black classmate Johnson Whittaker was severely beaten and ultimately expelled for “falsely” accusing the other cadets of attacking him.

Despite the extreme adversity, Henry Flipper managed to make it through, and became the first black man commissioned from West Point on June 15, 1877. He was sent west with the 10th Cavalry, also known as the Buffalo Soldiers.

While in Texas, he was promoted to Lieutenant and became a Quartermaster. It was also in Texas where he was court-martialed for “embezzlement” and “conduct unbecoming an officer.” You see, Flipper had been asked by his commanding officer to keep the quartermaster’s safe in his quarters.  Shortly thereafter, $3,791.77 (about $74K today) was found missing from the safe by Flipper.  Knowing that if this was discovered, it would likely be used as an excuse to get him kicked him out of the military, he tried to hide the discrepancy, but ultimately it was discovered.

Flipper hadn’t gotten to this point without earning the respect of some of his peers, however, and it was generally thought by many that he hadn’t taken the money and that it was a setup. As such, several other soldiers and community members raised the missing funds on his behalf to cover the shortage. It didn’t matter though.

While he was ultimately found innocent of embezzlement, he was also found guilty of conduct unbecoming an officer. Despite the fact that two previous actual instances of white officers embezzling government funds and found guilty had not resulted in either of them being dismissed from the military, and Flipper hadn’t been found to have done anything wrong other than attempt to hide the discrepancy, he was dismissed from the Army on June 30, 1882.

Henry went on to have a very successful career (or several) as a civilian. He worked for numerous private companies and the federal government as a surveyor, engineer (civil and military), translator, author, and expert on Mexican land laws. He wrote several books, his first being his autobiography The Colored Cadet at West Point.

Throughout the years, Flipper always maintained, as he put it in a letter to U.S. Representative John Hull in 1898, “…the crime of being a Negro was, in my case, far more heinous than deceiving the commanding officer.” He made numerous attempts to have the conviction reversed to no avail, ultimately dying in 1940 without getting his wish.

In 1976, Flipper’s descendents and the supporters of his cause once again appealed to the United States Army on his behalf. They reviewed his case once again, only this time they found that the sentence against Flipper had been “unduly harsh and unjust.” Lieutenant Henry Flipper was issued an Honorable Discharge dated June 30, 1882.

Today, West Point honors his memory with a memorial bust of its first African American graduate. The Academy also presents an award in his name to a recipient who demonstrates “the highest qualities of leadership, self-discipline and perseverance in the face of unusual difficulties during his four years at the academy.”