Parsley and Your Breath

May 26, 2015 Melissa
Pete M. asks: Why is a tiny bit of parsley included with certain meals? Is it true that it is there to cure bad breath? Does it really work? Thanks and keep up the great work! 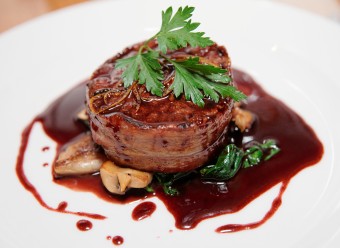 In an age where strong-flavored, nutritiously dense greens like kale dominate, quiet, mild parsley has, for many, been shunted to the side. This is unfortunate because, despite its reputation for banality, parsley adds a subtle, yet balancing flavor to most savory dishes, and is also an excellent source of several vitamins and antioxidants. Inexpensive, even when grown organically, there’s simply no excuse for us not to cook with (and eat) more parsley.

Of the five flavors (salty, sweet, sour, bitter and umami), parsley falls into the bitter category, although only mildly so; rather, its high levels of chlorophyll add brightness (or a “green” taste) to savory dishes. Since bitter is the rarest of the tastes, and a plate of food needs a bit of each of the five tastes to be balanced just so (i.e., perfectly delicious), parsley is an excellent way to achieve that balance; and with its mild flavor, it doesn’t really change the taste of the dish so much as enhance the other ingredients, which is one of the reason it’s often added to certain types of dishes

Beyond its ability to supplement flavor, parsley is also extraordinarily nutritious. In just half a cup (admittedly, more than you get in most dishes, tabouli excepted), parsley offers over 50% of your daily requirements of vitamin C and 500% of vitamin K, among many other vitamins and minerals. Parsley is also rich in certain volatile oils, including myristicin, which has been shown to be a strong anti-inflammatory and (at least some claim) helpful in inhibiting the formation of certain tumors.

The herb’s anti-oxidants help fight diseases as well. For example, parsley is rich in luteolin, a flavonoid that has shown promise as a potential treatment for certain cancers. Likewise, parsley’s vitamin C may also help fight cancer as studies have shown that, in high doses vitamin C has aided in slowing the growth of liver, prostate, pancreatic and colon cancers. Furthermore, parsley is packed with beta-carotene, an anti-oxidant shown to inhibit hardening of the arteries and fatty liver disease.

While its efficacy in these cases isn’t clear, this mild herb has also been used as a home remedy since ancient times for a variety of ills, including upset stomach, to improve menstrual flow, to relieve gas and bloating, and as a diuretic.

As to the idea that parsley freshens breath, every study conducted looking into the matter to date (admittedly, not that many from what I could find) has shown that the herb (which is believed to be antibacterial given the ample amount of chlorophyll it contains) has no effect on the bacteria in the mouth that produce the sulfur compounds that are ultimately responsible for bad breath. So, eat it for your health and go for a mint to mask your oral odors.