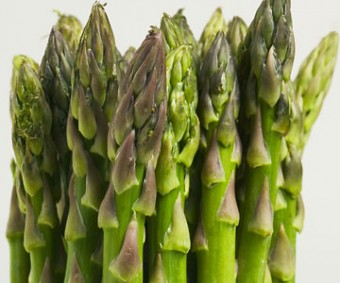 Today I found out why asparagus makes pee smell.

The smell comes from the way certain chemical compounds in asparagus break down inside people’s bodies.  This is why cooking asparagus in various ways does not result in the same smelly byproduct; the specific digestive enzymes that break down the compounds in the asparagus to produce the smell aren’t present until you eat the asparagus.

As to this specific resulting chemical compound that ends up causing the smell, it has long been thought that it is from methanethiol.  Methanethiol is a colorless gas which smells a bit like rotting cabbage. It is composed primarily of sulfur, but also includes hydrogen and carbon.

More recent research by Robert H. White from the University of California proposes an alternative theory.  White used gas chromatography-mass spectrometry to try to identify the cause of the smell and he concluded that it was actually from the s-methyl thioesters- specifically s-methyl thioacrylate and s-methyl thiopropionate.  Thioesters, like methanethiol, are primarily sulfur based except are formed from sulfur bonding with an acyl group.

In either case, the ability of a particular person to produce the necessary smelly compound in their urine after digesting asparagus was thought to be a genetic trait unique to only some humans until relatively recently.  Recent research done in France, China, and Israel, all independently showed this is not the case.  Rather, all humans appear to produce the smelly compound, but only some humans can detect the smell; the ability to detect the smell or not is a genetic trait.  Further, according to the study done in Israel, only about 22% of people have that genetic ability to smell the odor from the urine of people who have recently eaten asparagus.