This Day in History: April 6th- A Proclamation 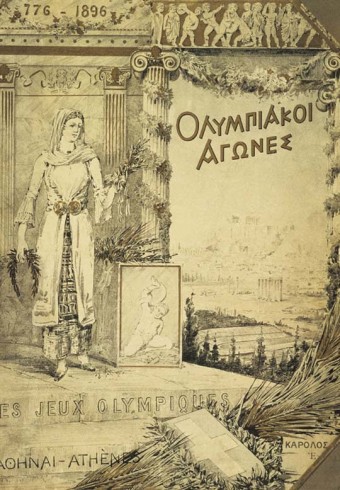 On April 6, 1896, King George I of Greece proclaimed the opening of the first international Olympic Games held since Roman Emperor Theodosius I banned them about 1,500 years earlier. A crowd of 60,000 gathered in Athens to welcome athletes from 13 nations gathering to compete in 43 events, including swimming, wrestling, track-and-field, gymnastics and cycling. All of the contestants were men, and some were athletic-looking tourists who chose to enter and were allowed to participate.

The first known Olympic Games took place in 776 B.C.E. at Olympia in the Greek city-state of Elis. The Games, which were held every four years during a festival honoring Zeus, are thought to have been held for more than five centuries by that time. The competition was pretty basic at first – just limited to foot races – but over the years wrestling, boxing and chariot racing were added.

In 708 B.C.E. the pentathlon was included, consisting of the long jump, discus and javelin throw, wrestling and foot races. But with the spread of the Roman Empire, the Olympic Games fell into decline. They were abolished completely in 393 C.E. when the Christian Roman Emperor Theodosius I outlawed the Games as part of his “Wipe Out the Pagans” campaign.

During the Renaissance, everything from the Classical period became fashionable, and Europe began a long obsession with all things from ancient Greece. There were small festivals and informal sporting events dubbed the “Olympic Games”, but it wasn’t until the 19th century that any serious proposal to resurrect the ancient contest was attempted.

While Evangelos Zappas, inspired by Panagiotis Soutsos’s 1833 poem Dialogue of the Dead which lamented the loss of the greatness of Greece including the loss of the Olympic games, got approval for, and funded out of his own pocket, local Olympic games in Greece starting in 1859, it was a young French nobleman named Pierre de Coubertin who was key to the international games as we know them today being developed, along with many of the iconic things associated with the games, like the Olympic Rings. He raised the idea in June of 1894 at a conference on international sport, and delegates from 79 nations ultimately accepted his proposal.

The International Olympic Committee was formed, with de Coubertin as president, and it was agreed that the first international Games of the modern era were to take place in Athens, Greece, in 1896. The event only lasted ten days, the rowing and sailing events had to be cancelled due to weather, and there were no real eligibility requirements, other than an individual seeming fit to compete in a given event. So it was hardly the slick show-bizzy sporting event it has become.

All in all, de Coubertin was pleased with the results. He emphasized the importance of changing the location of the Games every four years to make it a truly international event, which was a disappointment to Athens, as the city was hoping to be the permanent venue for the Olympics.