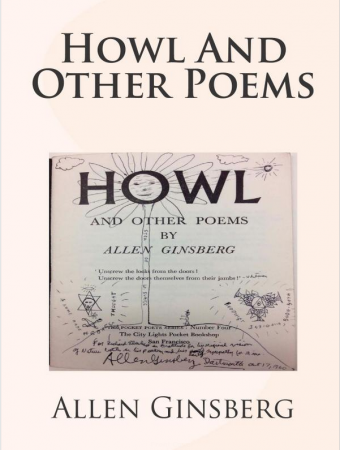 On April 3, 1955, the American Civil Liberties Union announced it would defend Beat poet Allen Ginsberg’s book “Howl” against obscenity charges. A few weeks previously, the U.S. Customs Department had seized 520 copies of the book arriving from England and arrested its publisher, Lawrence Ferlinghetti after undercover cops purchased “Howl” at his bookstore.

“Howl” is an American classic, raw, unfettered – and exactly the type of literature that needs first amendment protection the most. The poem is a blunt yet psychedelic panoply of the darker side of life in the 1950s – a world where Wally and the Beav dare not tread. It’s drugs and homosexuality and anti-war and everything the government said was bad, bad, bad.

The establishment even took offense to the poem’s stream-of-consciousness style. A 2,124-word sentence had them all running for smelling salts. Not only was it dirty, it didn’t even rhyme! That’s not poetry!

The ACLU stepped in, bailed Ferlinghetti out of the pokey, and represented him in court. Nine experts (one wonders what credentials makes a person an expert on obscenity) were called to the stand to discuss the literary worth of the book. “Howl” was judged to have “some redeeming social importance” and the presiding judge ruled that it was ‘not obscene.”

As is usually the case, the government’s attempts to silence and censor only drew more attention to “Howl”, and the book practically became required reading for an entire generation. Thanks to the U.S. Customs Department, Allen Ginsberg became very famous and influential, and inspired other writers for many years to come.

If you think we’ve come a long way since the ‘50s, think again. On the 50th anniversary of the ruling declaring “Howl” not obscene, a public radio station in New York opted not to air the poem in fear of massive FCC fines that would spell financial ruin for them. The station posted “Howl” on their website, which is not subject to FCC regulation.

ACLU Legislative Counsel Marv Johnson had this to say about the situation:

It’s no longer accurate to say free speech has rolled back to the fifties – it’s worse now. A radio station cannot possibly celebrate the First Amendment by being forced to gag its announcers and point to a website. ‘Howl’ captured the essence of a society on the brink of explosion, and the ‘Howl’ obscenity decision marked a forward march toward greater free speech. If the FCC and our lawmakers want to repeat the repression of the 1950s, they should remember that even then the country was inching toward more freedom, not less.