What Really Happens When Someone Enters the Witness Protection Program

March 30, 2015 Melissa 15 comments
Mark D asks: How does the witness protection program really work? Is it like in the movies or what? 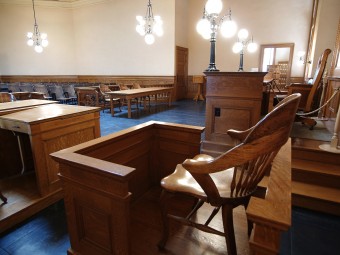 Born of the Organized Crime Control Act of 1970, and the brainchild of longtime Department of Justice attorney, Gerald Shur, the U.S. Marshall Service Witness Security Program (WITSEC) has successfully protected more than 18,000 people since it first began operations in 1971.

Membership in the witness protection program is typically for life, and usually begins with a visit from U.S. marshals, whether anticipated or not. While many of the witnesses and their family members have time to make the decision and prepare for their new lives, others are forced to choose rather quickly. Even occasionally having to leave within moments of the marshals arriving.

Family members also join, and typically this includes a spouse and children, although sometimes even mistresses have been protected. And, since the program requires that all participants leave everything behind – including parents, siblings, assets and identity – innocent family members and informants alike are faced with an impossible decision: join the program and lose your “life,” or stay and potentially lose your life.

Relocation sites are chosen by WITSEC marshals, although families are allowed to choose from several options. The location ultimately chosen is then disclosed to only a few people within the program.

Before beginning their new lives, family members are given new identities. One woman, Jackee Taylor (née Jacqueline Crouch), who was 7 when her family entered the program in 1981, later remembered spending hours practicing writing her new name while waiting to be placed.

Once a witness has finished testifying, the family is transported to the new location where they are often put up in a hotel until a suitable home is chosen. Relocated families receive a monthly stipend, along with money for housing and other expenses that are eventually phased out after the adults have had enough time to find new means of supporting themselves.

Early on when the program was being developed, many things fell through the cracks. WITSEC marshals often either had to forge documents or simply failed to provide them for everyone; for example, Jackee Taylor was never given a birth certificate nor, obviously, is she able to get one from anywhere. So when she was little, she couldn’t play softball, and later in life, she had a difficult time enrolling in college and getting married.

In addition, although today there are set limits for expenses, that policy only came about after some serious growing pains. For example, after the acting head of the Los Angeles crime syndicate, Aladena Jimmy “The Weasel” Fratianno, turned informant in 1978, he was paid nearly $1,000,000 over the next 10 years while in the program.

Perhaps worth it, Fratianno’s testimony ultimately helped to convict more than 2 dozen gangsters; on the other hand, in addition to paying for food, housing, living expenses and health care, WITSEC was also paying for unnecessary expenses including Fratianno’s wife’s plastic surgery and even a monthly stipend for her mother.

So, in 1987 when Fratianno’s information dried up, so did the government’s patience, and WITSEC cut off his income and stopped providing 24/7 protection. Although Fratianno claimed to fear for his life afterward, he lived for another 6 years and died in his sleep in 1993.

Today most of the bugs have been worked out, and legally sealed name changes, new social security cards, birth certificates and drivers’ licenses are all routinely issued; in addition, medical and school records are quickly transferred and fake credit histories are created.

In sum, since 1971, about 8,500 witnesses and 9,900 family members have been protected by WITSEC, and no one who has followed the program’s guidelines has ever been killed.

However, not everyone successfully transitions into the program. In 1980, Henry Hill testified against his former associates in the Lucchese crime family, and was placed in witness protection along with his wife and two kids. Having difficulty adjusting, the Henry Hill’s (changed to the Martin Lewis’s and later the Peter Haines’s) had to be relocated 10 times from places including Independence, Kentucky; Redmond, Washington; and Omaha, Nebraska.

Bored to tears, Henry (or Martin or Peter) continued with his criminal activities and during the 1980s was arrested for crimes ranging from assault to drunk driving to burglary. In 1985, he outed himself a bit when he worked with Nicholas Pileggi to write his memoir, Wiseguy, which became the 1990s Goodfellas. Shortly thereafter, in 1987, Henry/Martin/Peter was arrested for trying to sell a pound of cocaine to two DEA agents, which ultimately resulted in his expulsion from the program. Apparently, however, exile didn’t cause him too many problems with those he’d testified against, since Henry lived to 2012, dying of a heart attack.