Origin of Lo and Behold 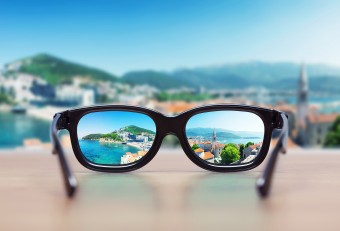 Like a wordy exclamation point, the two defining words in “lo and behold” mean basically the same thing. Specifically, the word lo!, meaning “look!” first appeared in Middle English (1100-1500 AD) in the 1200s, and essentially was clipped from the early English imperative word for “look,” lok.

An even older variant meaning Oh!, derived from an Old English (500-1100 AD) expression of surprise la, is said by some to have appeared as far back as Beowulf (approximately 800 AD), although this is somewhat up for debate.

Behold is likewise a child of Old English, with early iterations of bihaldan and behealdan meaning both “give regard to,” and “to belong to.” Although the word is related to Old Saxon and Old German words, including bihaldan and behalten; only in English do any of these words refer to watching and looking.

One early source containing both lo and behold in the same sentence, although not adjacent, can be found in the first edition of the King James Bible (1611), where at Genesis15:3 it says, “And Abraham said; Behold, to mee thou has given no seed: and loe, one borne in my house is mine heire.”

As for the first instance of someone putting the two together in the relatively modern expression, it is generally thought that the first instance occurred in the May to August 1799 edition of The Monthly Review where it states: “But lo! and behold! gallantry and Jinttie arc laid aside, the chemist and the scholar are dismissed, and the colour-grinder appears…”