January 24, 2015 Daven Hiskey
This is a weekly wrap of our popular Daily Knowledge Newsletter. You can get that newsletter for free here. 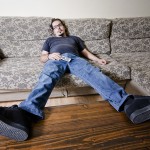 If you want to call someone lazy, a time-honoured way to do so would be to call them a “couch potato”. But why is it we compare lazy people to potatoes and why on Earth did some random guy own the trademark rights to such a silly sounding expression? Unlike most etymologies, we actually know the exact date that the phrase in question was first written down for mass public consumption as well as the exact date it was first spoken out loud. In regards to… (more) 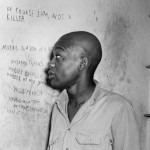 The teenager was Willie Francis, the youngest of 13 children in a poor black family living in Louisiana. Francis supposedly murdered 53 year old pharmacist Andrew Thomas in St. Martinville, Louisiana in 1944.  Thomas was found shot five times at close range just outside of his home. Unfortunately for Francis, he had to go through the ordeal of being strapped to the electric chair, “Gruesome Gertie”, and having it switched on both times, with a little over a year separating the instances. The first time he found himself in the chair on May 3, 1946, it was improperly setup as the two in charge of setting it up, Captain Ephie Foster and an inmate who was also an electrician, Vincent Venezia, were drunk… (more) 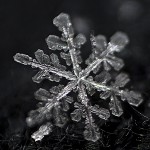 First, it’s important to understand what’s going on when we see certain colors. Visible light from the Sun or other light source comes in a variety of wavelengths that human eyes interpret as colors.  When light interacts with an object, the wavelengths that the object reflects or absorbs determines what color our eyes perceive. When an object reflects all the wavelengths of light from the Sun that are in the visible spectrum, the object appears white. Something like a fire truck appears red because the paint reflects back certain wavelengths in the red area of the visible spectrum, while absorbing the rest. This now brings us to water, snowflakes, and snow. Pure water is quite clear, meaning the wavelengths of light more or less… (more) 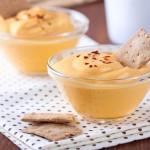 As America gets ready for their upcoming Super Bowl parties (or Royal Rumble party, if that’s your thing), Cheez Whiz – the yellowish-orange, gooey, bland tasting “cheese” product – will surely make an appearance at some of them. But what is Cheez Whiz? Why did get it invented? And is there really cheese in Cheez Whiz? James L. Kraft was born in 1874 in Stevensville, Ontario on a dairy farm. When he was 28 years old, he immigrated to the United States, where he first chose Buffalo, New York to settle in. (Where a little over a half century later another common Super Bowl snack, the Buffalo Wing, was born. See: Who Invented Buffalo Wings) Why he chose… (more) 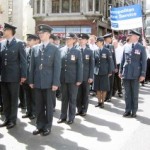 One doesn’t commonly associate the slogan “make love not war” with the U.S. military. Indeed, the United States military is feared and formidable precisely because it has proven so effective at conceptualizing clever and innovative ways to search, find and destroy, often with the simple push of a button.  However, in a departure from these hostile traditions, in 1994 the Wright Laboratory, part of the U.S. Air Force, produced a three page proposal for a “gay bomb”. Documentation obtained by the Sunshine Project, an anti-biological weapons non-governmental organization, found that the Ohio-based Wright Lab requested a 6 year, $7.5 million grant to create a variety of non-lethal weapons. The bluntly titled project, called… (more) 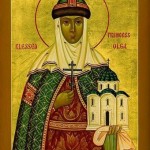 The exact year that Princess Olga was born is disputed. The Primary Chronicle states her birth year was 879, while other sources claim she was born in 890. Given that we know her only son was born in 942, the earlier date is very unlikely, and even the later date is questionable. There is also no solid evidence as to her place of birth, with sources placing her in Pskov or Veshchy. What is known about Olga is that sometime before 912, she married Prince Igor, the son of the founder of the Rurik Dynasty of Russian tsars. In 912, th… (more) 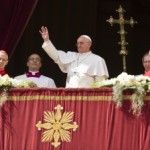 When a pope goes to his eternal reward or otherwise retires, there are certain traditions that are dusted off each time to elect his successor. Only the British royal family can rival the Vatican when it comes to (seemingly) ancient and elaborate rituals, so you know it’s going to be a big production. For those of you who grew up eating meat on Fridays and not caring if your soul was in a state of mortal sin, let’s break down the pope-picking process. It should first be noted that the exact rules regarding the election of a new pope have been tweaked numerous times over the centuries. (At one point it was even common to do things like deprive the Cardinals of pay, rooms of their own, and anything but bread and water if they were taking too long; the roof over the Cardinals… (more) 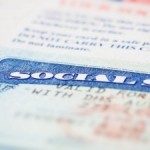 Since 1935, the Social Security Administration has been issuing numbers to permanent residents of the United States.  Nine simple digits distinguish each American from his or her fellow residents.  Today, assigned randomly and never recycled, a social security number is as unique an identifier as your fingerprints. (Although, in the past, duplicates are known to have been issued accidentally.) Early on, SSNs were issued through the states, and the first three digits designated the state where the person obtained the number; some states had more than one number, and this continued through 1972. Beginning in 1973, the numbers and cards were issued centrally, from the Social Security Administration (SSA) in Baltimore, MD, with the first three digits being assigned… (more) 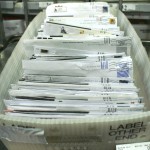 According to the USPS, mail can be considered “undeliverable” due to a number of factors ranging from insufficient postage to the person it’s addressed to refusing to accept it. Regardless of the reason the mail cannot be delivered, the USPS states that: “All nonmailable pieces are returned to the sender.” This seems like a pretty cut and dry statement that leaves very little room for interpretation. However, there’s always an exception to the rule and in the case of undeliverable mail that exception is things like periodicals, which are deemed to have… (more) 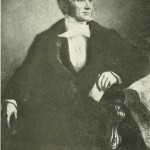 Nineteenth century America was a good time to be inventor. With the right timing, invention, marketing, and patent, one could become rapidly rich. Elias Howe (the sewing machine), Samuel Morse (Morse code), and Cyrus McCormick (the mechanical reaper) were just a few of the pioneers who reaped the financial rewards of their business acumen. Despite being the inventor of one of the most influential innovations of the past two hundred years, Charles Goodyear was not like his peers. Due to bad luck, losing a patent battle, and rather lackluster marketing skills, Goodyear died little known and with massive debt, not to mention his rather tragic family life. Here is the story of the luckless rubber maven, Charles Goodyear. Born… (more)