Is the “New Car Smell” Toxic?

December 10, 2014 Matt Blitz 5 comments
Rene I. asks: What makes the new car smell and is it true that it is toxic to humans? 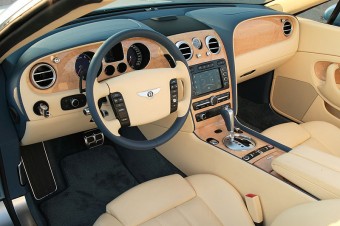 That “new car smell” is romanticized and beloved by many people. In fact, it is so desired that there is even an air freshener that is scented as “new car smell. ” But what produces this distinct scent and are the chemicals involved bad for you?

The new car smell is actually a variety of smells mixed together that vary somewhat from car to car, depending on the materials used in the car. As for a general umbrella term, the smell results from the release, or “offgassing/outgassing,” of various volatile organic compounds (VOCs). Due to low boiling points, these compounds release large numbers of molecules into the surrounding air under normal circumstances (like room temperature). VOCs aren’t always inherently bad for you, such as many naturally occurring types, but many man-made VOCs are known to cause various health issues. But what about the compounds that make up the VOCs in your car?

These derive from the materials used in the manufacturing of the vehicle – plastics, adhesives, cleaning products, plasticizers, paint, sealers, lubricating compounds, etc. Not-surprisingly, it has been noted that taking a whiff of that new car smell is “akin to glue-sniffing.” So, it’s bad for you right?

To date, studies looking at  exactly how toxic the “new car smell” is have produced mixed results, with much more research needed  before any definitive conclusions can be reached. As noted by the US National Institute of Health, in a 2011 report, “…in striking contrast to the multitude of studies that address outdoor air pollution, only little is known about indoor air quality in cars.”

That said, a study performed by the Commonwealth Scientific and Industrial Research Organization (CSIRO) in Australia in 2001 found new car VOCs contain the carcinogens benzene, cyclohexanone, xylene, formaldehyde, toluene, and styrene, among many others.  It was also noted that the levels of many of these VOCs are sufficiently high to cause immediate symptoms in some people, such as headaches and disorientation, beyond long term concerns that are harder to definitively gauge, particularly with all the variables involved in terms of people’s differing driving habits and the like.

More recently, in a February 2012 study, the Ecology Center, a Michigan-based nonprofit environmental organization, after studying the VOCs in about 200 new vehicles, noted the presence of several dangerous chemicals which “can be harmful when inhaled or ingested and may lead to severe health impacts such as birth defects, learning disabilities and cancer.”  Further, the World Health Organization has recognized that interior air of vehicles may constitute a “major concern for human health” considering how much time people tend to spend in them and the chemicals present.

More specifically, a recent study in Japan performed by the Osaka Institute of Public Health, found that in the minivan they tested, the level of VOCs the day after the car was delivered was an astounding 35 times over the maximum health limits set by the Japanese Health Ministry.  They also found 113 different VOCs present making up the new car smell. In the end, it took approximately four months for the levels to drop below the maximum safe limits. However, even then, on hot, sunny days, the VOC levels spiked back up over the safe limits, even a full two years later. As such, it is generally recommend that on hot days, you keep the car well ventilated while in it, and out of the sun when it’s parked.  Another tip for avoiding potentially harmful car VOCs is to simply drive old cars- in general, the older the car, the less the concentration of VOCs, which of course is why it’s called a “new car smell” in the first place.

In contrast, other studies, such as one performed at the Technical University of Munich and published in the Environmental Science & Technology journal in 2007, Toxicity of Parked Motor Vehicle Indoor Air, show different results. This particular one found that the VOCs they extracted from two cars tested caused no issues with subjects they tested the air on, such as mice and two lung cell lines, particularly when factoring in that the VOC levels drop steadily as the car ages, with one of their cars tested being older and one new. Of course, like the Osaka Institute of Public Health study, this study used an extremely small sample size. This one also failed to consider long term effects. But, at least in the short term, despite exposing the test subjects and cells lines to “above the expected environmental exposure found in parked motor vehicle indoor air,” they did not find any signs of toxic effects. They also noted, “The only effect of motor vehicle indoor air we noticed was the aggravating effect of indoor air components of only the new vehicle on the IgE-mediated immune response, which could be relevant for atopic [hyperallergic] individuals.”

Despite the mixed results, car manufacturers are choosing to be proactive on reducing potentially harmful VOCs from their cars. For instance, one of Toyota’s color and trim managers, Janis Ambrose Shard, stated that Toyota has moved to water-based glues and soy-based foam. As Shard put it, “That new car smell is not something we strive to achieve.” Ford has also begun moving away from petroleum-based seats, also in favor of using soy-based foam.