This Day in History: December 15th- The Disappearance of Glenn Miller 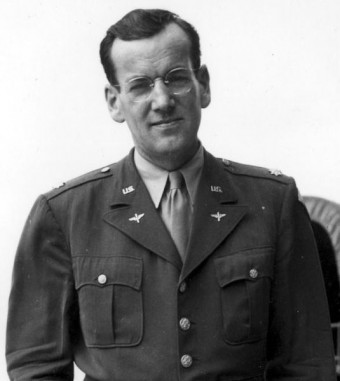 Glenn Miller was on the top of his game in 1944. He led the most popular recording group in the world. His only rival for king of Big Band music was the great Benny Goodman. During World War II, 40-year-old Miller was serving as a major in the United States Army Air Force while performing for the troops.

On December 15, 1944, he boarded a small plane for the short flight across the English Channel to do a show in Paris for American troops that had just helped liberate France. Miller and the two other men on the aircraft never made it to their destination. No trace of the wreckage or any of the passengers was ever found, and Glenn Miller is still listed as missing in action.

Of course, as with any accidental celebrity death, speculation about the circumstances began almost immediately:

The most likely scenario is the most obvious one – very poor flying conditions. In addition, the aircraft’s carburetors weren’t functioning properly (common with US military planes at the time) and the pilot wasn’t qualified to fly by only instruments. 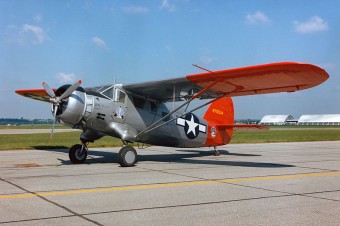 What’s believed to have happened is that the pilot was flying low because of the increasing cloud cover. The temperature was dropping, causing the engine to freeze up and stop. The plane took a nosedive and crashed into the frigid waters of the English Channel. This is also the conclusion the United States Army Air Force arrived at three weeks after the accident. So why didn’t they publicly release the results of their findings at the time?

First off, Miller was on an unauthorized flight, so it was days before military officials even knew he was a passenger on that plane. They obviously knew he was a no-show for the Paris concert, but the outbreak of the Battle of the Bulge overshadowed all other concerns. In addition, it was standard military policy during WWII to withhold such information.

Dennis Spragg, a researcher who is writing a book about the disappearance of Glenn Miller explains, “In a presumed fatal accident, or where there was no evidence, they did not send messages back to relatives, or next of kin, saying, ‘Johnny or Freddy, your son, made a mistake, got lost or killed himself.’ You have a perfect storm of human error, mechanical failure and weather. Not independent of one another – all three. And the plane goes down.”