Origin of “Penny Wise and Pound Foolish,” and Some of History’s Other Most Insightful Quotes about Money 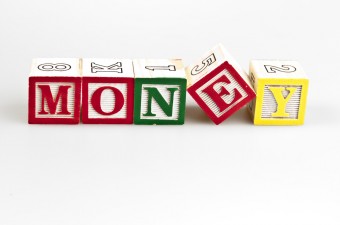 The person credited with coining the phrase, “penny wise and pound foolish,” Robert Burton, also said about writers, “They lard their lean books with the fat of others’ works,” and “We can say nothing but what hath been said.” So, with Robert Burton’s insight in mind, here’s a short list of some of the best pithy lines about money and wealth, and who’s been given (or taken) credit for them.

Of course, Old Ben did have a lot to say about money, particularly in the book written by his alter ego Poor Richard’s Almanac (1759), where he penned, “If you would know the value of money, go and try to borrow some.” Notably, Franklin acknowledged that he didn’t create most of his aphorisms; as he said, “Why then should I give my readers bad lines of my own, when good ones of other people’s are so plenty?”

Much later, but in the same vein, Franklin’s 20th century American protégé, Will Rogers (1879-1935), explained the nature of consumerism with: “Too many people spend money they earned … to buy things they don’t want … to impress people that they don’t like.”

A few hundred years earlier, statesman, scientist and philosopher, Francis Bacon (1561-1626), in his work Of Seditions and Troubles, disagreed a bit with Rogers when he wrote, “Money is like muck, not good except to be spread.”

Of course, being troubled by money is not a modern affliction, and even the earliest philosophers were concerned about its influence. In the Bible, I Timothy 6:10, early Christians claimed that: “For the love of money is the root of all evil,” which has since been commonly misquoted, now representing an entirely different concept by leaving out the first part and just going with, “Money is the root of all evil.”

A few years earlier, the great Roman orator and philosopher Cicero (106 BC – 43 BC) noted that, “Frugality includes all the other virtues,” and his fellow Roman, the poet Horace (65 BC – 8 BC) wrote satirically in 21 BC, “Make a fortune; a fortune, if you can honestly; if not, a fortune by any means.” His contemporary, the poet, Ovid (43 BC – 17 CE) also observed, “Money brings office; money gains friends; everywhere the poor man is down.”

A millennium later, in the 11th century, Persian astronomer, mathematician and poet, Omar Khayyam advised against borrowing with, “Take the Cash, and let the Credit go.”

More recently, in his take on Horace, Alexander Pope wrote in the 1730s, “Get money, money still! And then let Virtue follow if she will.” And his fellow satirist Jonathan Swift (1667-1745) is credited with penning, “A wise person should have money in their head, but not in their heart.”

One of the most famous sayings about wealth, “A fool and his money are soon parted,” is commonly credited to George Buchanan (1506-1582) whose exploits included being a tutor to the boy who would become England’s James I; however, his quip is widely believed to have been inspired by Thomas Tusser’s (1524-1580) line from the poem Five Hundred Points of Good Husbandry, “A foole and his monie be soone at debate.”

J. Paul Getty (1892-1976) explained how to make money on the stock market with, “Buy when everyone else is selling and hold until everyone else is buying,” a sentiment recently paraphrased by uber-investor Warren Buffett when he said, “The secret to getting rich on Wall Street. You try to be greedy when others are fearful. And you try to be fearful when others are greedy.” Buffett also said regarding the stock market, “I buy on the assumption that they could close the market the next day and not reopen it for ten years.”

From investing magnate to sports great, the Yankee’s Yogi Berra succinctly defined inflation for all of us when he said, “A nickel ain’t worth a dime anymore.”

And, finally, my personal favorite observation about wealth, written by Pink Floyd’s Roger Waters in or about 1973, when he sang, “Money, it’s a gas, grab that cash with both hands and make a stash. New car, caviar, four star daydream think I’ll buy me a football team.”