For the Last 1,000 Years, the Same Families Have Owned Most of England 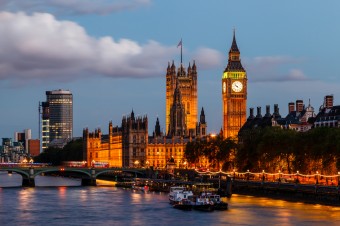 Shortly after the Normans conquered England in 1066, their monarch, William, seized all of the lands, then divvied up control among those soldiers and nobles who helped him defeat the Anglo-Saxons (and keeping a fair bit for himself). However, as dramatic as that was, it is even more shocking that today, most of Britain remains in the hands of the descendants of those early Norman conquerors.

Early England and the Conquest

By the turn of the 11th century, England was a mosaic of Celtic, Anglo-Saxon, Danish and Norman. The Anglo-Saxon Ethelred the Unready initially held the throne, but lost it (twice) to others, and was ultimately succeeded by the Danish King Canute in 1016, with some of Ethelred’s sons (including Edward) fleeing to Normandy.

After the Danish line ended, Edward the Confessor took the throne in 1042, although the king was under the thrall of the powerful Godwins, and near the end of his reign, Harold Godwinsson in particular. Edward died childless, and was succeeded by Harold (now Harold II), but the Normans claimed that he had promised the throne to William of Normandy. To make matters worse, the Norwegian, Harald Hardrada, also sought the English throne, with his claim based on agreement between his predecessor and Canute.

In the fall of 1066, Harald invaded in the north, and Harold defeated him, but then had to quickly head south to meet William who had invaded with his well-trained army of knights and crossbowmen. The poorly-equipped Anglo-Saxons were no match for the Normans, and England was soon conquered.

The very first thing William did after he took the English throne was to declare in 1067 that all lands, which had previous been in the hands of many landowners, belonged exclusively to him. He then instituted feudalism when he began to parcel land out to the loyal soldiers who helped him win the throne.

That brings us to today. According to The Guardian, 70% of Britain’s land remains in the hand of less than 1% of its population, with a mere 160,000 families owning 66% of it. More troubling, Queen Elizabeth II remains the nominal owner of every bit of land in England, and every landowner is technically just a tenant (who pays rent in the form of loyalty).

This is not the only vestige of the Norman Conquest, as the descendants of those early invaders, with names today like Darcy, Percy, Montgomery and Mandeville, remain significantly wealthier (at least 10%) than those who descend from Anglo-Saxon stock.

Furthermore, Norman descendants also enjoy other privileges, including attendance at the best universities. In a recent study that examined the enrollment at Cambridge and Oxford over the last thousand years, it was revealed that at certain times, Norman names were 800% more common at Oxford than in the general population, and more recently, were at least twice as likely to found in that institution’s enrollment.