This Day in History: October 20th- The Long March 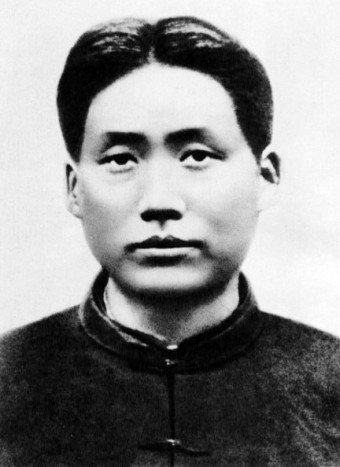 One year after Communist troops retreated to the hills to avoid the wrath of Chiang Kai-shek and the Chinese Nationalist Party, only 4,000 out of the 86,000 had lived to tell the tale. Even though only five percent of Mao Tse-tung’s forces made it to the end of the Long March to northwest China, Mao’s position as the leader of Communist China was a done deal.

China was a fragmented nation in the early 1930s, fraught with instability and civil war. Warlords regularly attacked the government of Chiang Kai-shek. With help from the Soviet Union, Mao took advantage of this chaos and in November 1931 declared a new Chinese Soviet Republic.

Chiang saw the Red Army quickly gaining strength, so he moved his forces into the countryside where Mao’s troops were concentrated, and began to encircle them. It seemed certain the Nationalists with their greater numbers would crush the Communists. So the leaders of the Red Army ordered a secret retreat – that would become known as the Long March – to begin on October 16, 1934.

The leaders of the Army informed their troops, including Mao, that the idea was to become a mobile threat to Nationalist forces. The Red Army managed to evacuate a good number of their troops before the Nationalists even caught wind of what they were doing.

Mao Tse-tung’s influence steadily grew along the way. Shortly after he was made chairman of the party he changed tactics, sending his forces in several directions to confuse the enemy. Their destination was Shensi Province in farthest northwest corner of China. On October 20, 1935, Mao and his troops arrived at the Great Wall of China and were greeted by five armed red flag bearing horsemen. One bade him welcome by saying: “Welcome, Chairman Mao. We represent the Provincial Soviet of Northern Shensi. We have been waiting for you anxiously. All that we have is at your disposal!”

And with that, the Long March was finally over, the longest continuous march in the history of warfare.

The Long March cemented the position of Mao Tse-tung as Communist China’s undisputed leader. The other veterans of the march became the elite higher-ups in the Party. When China’s youth learned of the communists’ heroism during the Long March, they rushed to Shensi to enlist in the Red Army in droves. Chairman Mao ruled the CCP with an iron fist (some estimate 70 million died as a result of his regime) until his death in 1976.