August 28, 2014 Melissa
Dustin A. asks: How does the brain create memories? 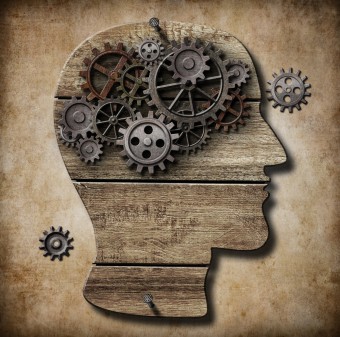 A complex network that stretches from your basest sensory organs to the most sophisticated portions of your brain, memory aids in everything from simple movements to complicated tasks, and ultimately makes us who we are.

Comprised of three distinct neurological processes, memories can be sensory, short-term or long-term.

Acting automatically, the brain makes sensory memories without any conscious thought, like a type of passive perception. No attention is required and the memory lasts only for the briefest amount of time – perhaps a second.

It is said that each of the “big five” senses (you actually have a lot more than that) makes distinct sensory memories, although sight (iconic), sound (echoic) and touch (haptic) are the most thoroughly researched.

Also called fleeting images, think light trail left behind by a firework sparkler after it’s waved around, iconic memory includes both visual persistence (the snapshot taken by the eye) as well as the data it collected that has to be (at least minimally) processed by the brain.

Iconic memories begin with the photoreceptors in the retina, which transfer information to the retinal ganglion cells, then to the primary visual cortex in the occipital lobe, and finally, the superior temporal sulcus.

One analogy for echoic memory is that of a holding tank, where sounds are stored until later sounds are heard that help the earlier noises make sense. One common example of echoic memory happens when you ask someone, “What did you say?,” then answer the question before they repeat it.

Brief sensations, such as itching and pain, comprise haptic memories, but this form of sensory memory also plays a large role in the seeming intuitive way we move through the world, gripping and working with objects.

Beginning with nerves spread throughout the body, haptic memories first travel through the spinal cord to the postcentral gyrus of the parietal lobe. Sensations including texture and density are perceived in the parietal operculum, while location activates the right superior parietal lobule and temporoparietal junction.

Since by its nature it relies on a less complex structure (and therefore far fewer neurons) than long-term memory, the capacity of short-term memory is limited; depending on the person (and the language) its capacity is only about 7 items of information. Although this seems like a ridiculously small amount, try looking at briefly, and then recalling, a random series of 10 numbers or words.

This magic number of 7 (plus or minus two) can be extended in several ways, but all related to a process called “chunking.” Think of a telephone number – a series of ten digits, but easy to remember. This is because, in memory terms, it is actually comprised of three “chunks.”

A form of chunking also occurs if the set of things you are trying to remember are related. For example, if you had a series of twenty numbers, but they went in sequential order (e.g., 1-20), then you only need to remember on which number it started, and which it stopped – thus your short-term memory only needs to recall two chunks.

Short-term memories are forgotten simply when the nerve impulses travelling through the two loops stop carrying them – and start carrying other information.

Thought to be unlimited, forgetting a long-term memory is believed to be less the fact of losing a memory than simply being unable to find it.

The process of making a long-term memory begins with the short-term memory, which through a process of consolidation, rehearsal and association, enables the information to be stored. As a short-term memory is put into long-term storage, new proteins and RNA are made by the hippocampus, and these new bits and proteins change a select group of neurons. These neurons then send electrochemical messages across the synaptic gaps between themselves and certain neighbors, creating neural pathways. The particular pathways chosen are based on association more than visual or auditory relationships. In addition, the more these pathways are used, the more the bond across the gap is strengthened – thus reinforcing the memory.

Although the hippocampus working with the relevant sensory processing regions of the neocortex (e.g., visual and auditory) and other portions of the medial temporal lobe is integral to creating a long-term memory, as time progresses, the strengthened neural pathways displace the role of the hippocampus.

This last explains why some people with a neurodegenerative disorder (think Alzheimer’s) can remember old memories from their childhoods but have difficulty recalling present-day information. The damaged hippocampus is no longer able to make new proteins, and therefore new memories, but the strong neural pathways made when they were young still allow them to recall old information.

Unlike short-term memories that are forgotten simply when the neurons stop firing, it takes more to forget a long-term memory. Either the pathways must be neglected for a longer period of time (i.e., with little use, they are not continually reinforced) or other pathways are “superimposed” over them, interfering with retrieval.