This Day in History: August 5th 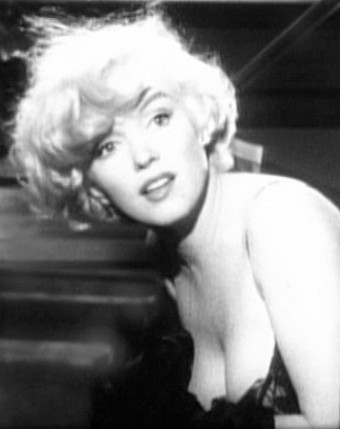 In the early morning hours of August 5, 1962, legendary screen goddess Marilyn Monroe was found dead in the bedroom of her Los Angeles home at the age of 36. From the moment her body was discovered, her death became as much of a media circus as most of her life had been, rife with sordid speculation and half-truths.

Marilyn’s life had never been an easy one. Born Norma Jeane Mortenson on June 1, 1926, her mother Gladys was mentally unstable so Norma spent the bulk of her childhood in orphanages and foster homes. She married in 1942, and while her husband was serving in World War II she began modeling. By 1946, her marriage was over, but her movie career was just beginning. She was signed by Twentieth Century Fox and changed her name to Marilyn Monroe.

Fox’s new star quickly drew attention for her voluptuous curves and whispery, wide-eyed charm. Monroe solidified her status as an international sex symbol in the films “Gentleman Prefer Blondes” and “How to Marry a Millionaire,” both released in 1953. Marilyn graduated from movie star to cultural icon in the 1955 film “The Seven Year Itch.” When she stood over a subway grate and her white, flouncy skirt billowed up from the wind caused by a passing train below, it became one of the most memorable moments in movie history.

In sharp contrast to her onscreen persona, Monroe’s real life was fraught with sadness and misfortune. Her marriage to baseball great Joe DiMaggio lasted only eight months. She married playwright Arthur Miller in 1956, but that union ended in 1961. Her efforts to be taken seriously as an actor were scoffed at, although she delivered strong performances in “Bus Stop” (1956) and “Some Like it Hot” (1959).

By 1962, Marilyn was depressed and emotionally fragile. Her last two films, “Let’s Make Love” and “The Misfits” had been box office duds. Fox had fired her for “unjustifiable absences” from the set of “Something’s Got to Give,” the latest movie she’d been filming, which she said she’d never wanted to do in the first place.

“We’re what’s OK with the movie business,” Monroe told reporters shortly before Fox dismissed her. “Management is what’s wrong with the business. To blame the troubles of Hollywood on stars is stupid. These executives should not knock their assets around.”

By that point, she was under the 24-hour care of a psychiatrist and rarely left her Brentwood, California home.

Around 3:25 a.m. on August 5, 1962, Eunice Murray, Marilyn’s housekeeper, noticed that her bedroom light was still on. She called out to her, but received no reply. She tried to open the door, but found it was locked.

Concerned, Murray went outside and peered in Monroe’s room through a window. She later told police that Marilyn looked “peculiar,” face-down with one arm stretched across the bed and a hand hanging limply on her telephone. The housekeeper rushed back into the house and called Marilyn’s analyst, Dr. Ralph R. Greenson, who had seen Marilyn the previous evening.

When Greenson arrived a short time after, he broke a window to Marilyn’s bedroom and entered. He immediately examined her and knew she was dead. He then contacted her personal physician Dr. Hyman Engelberg, and after his arrival they alerted the police.

Did Inspector Edward Walker of the Los Angeles Police Department find an hour delay in calling law enforcement in any way unusual? “So far as the doctors were concerned, there was no evidence of crime, and the first doctor already knew she was dead,” he said. “I have no criticism to make of them.”

An empty bottle of sleeping pills was on the nightstand next to Marilyn’s bed. Other bottles of medications were littered throughout the room. An autopsy revealed a fatal amount of sedatives in Marilyn’s system and her death was ruled a probable suicide, but those close to her insist her death could have been accidental, as Marilyn was known to forget how many pills she had taken and double her dosages (and then some) on occasion.

And, of course, conspiracy theories abound- Marilyn’s doctors screwed up while trying to wean her off Nembutal and were trying to cover their tracks… Or Bobby Kennedy had her bumped off, or did the deed himself, to protect his brother Jack’s presidency, etc.

It’s just human nature that we don’t want our larger-than-life idols to die in such prosaic ways. Elvis, Princess Diana, Marilyn … there’s got to be more than meets the eye so we don’t have to accept our demi-gods really are just mere mortals – and die as such.