Origin of the Phrase “Blonde Bombshell” 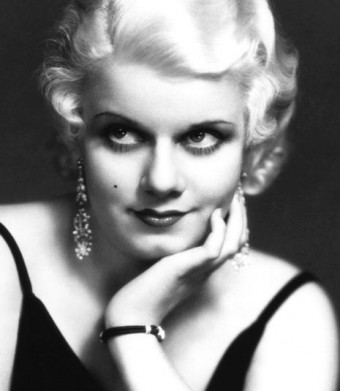 Today I found out the origin of the phrase “blonde bombshell”.

“Blonde bombshell” is often used to describe an exciting, dynamic, sexy woman with blonde hair, particularly blonde celebrity sex symbols.  The expression seems to have come from, or at least was popularized by, a movie and originally referred to a specific blonde bombshell.

In 1933, the platinum blonde Jean Harlow was one of the most popular actresses in Hollywood.  That year, Harlow starred in a movie called Bombshell (at the time “bombshell” in American slang was already being used to refer to incredibly attractive, flamboyant women, with the first documented case of this in 1860).

One of the advertising lines for the film was “Lovely, luscious, exotic Jean Harlow as the Blonde Bombshell of filmdom.”

When the film was released in England, they even renamed it “Blonde Bombshell” as it was thought in England that the original title sounded like a war film, which the movie is decidedly not. (It’s actually about an actress who gets fed up with being a sex symbol and just wants to lead a normal life).

While it seems probable that this wasn’t the first time someone out there uttered the words “blonde bombshell” (those two words fitting together so nicely), this does appear to be the first documented instance of it with, of course, the first actress to be labeled such being the lovely Jean Harlow, who incidentally died at the tender age of 26 (more in the Bonus Facts below).

Within a decade, “blonde bombshell” was being bandied about referring to several different famous women and, of course, today has spread to mean any particularly attractive blonde woman (and in a few instances, such as Charles Borck, men).