This Day in History: July 9th 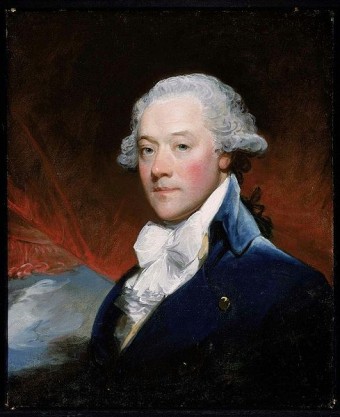 On July 9, 1795, James Swan, an American businessman and Revolutionary patriot, liquidated the debt the U.S. government owed to the country of France, agreeing to pay the sum of $2,024,899 (about $28 million today).

James Swan was a native of Fife, Scotland and emigrated to Boston, MA in 1765 at the age of 11. He joined the Sons of Liberty at 19, and hung out with the likes of John Adams, Paul Revere, Marquis de Lafayette, Joseph Warren, George Washington, and the other rabble-rousing revolutionaries. He took part in the Boston Tea Party and was wounded during the Battle of Bunker Hill in June 1775.

After the war, Swan held several positions in the government of the state of Massachusetts, including the legislature and the Massachusetts Board of War. He also became a very successful businessman; one of his many ventures included acting as a purchasing agent for France in the United States, and by 1787, Swan and his wife Hepzibah Clarke were living in Paris.

During the American Revolution, the cash-poor colonists had borrowed roughly two million dollars from France, and paying off this and other obligations proved to be a major headache for the brand new United States of America. The new nation struggled to honor its debts and it sometimes defaulted on payments, which caused diplomatic tensions to rise.

The Unites States was able to settle up with France when James Swan took on their French debt at a nominally higher interest rate, and then resold the debt for a profit back in America. The U.S. was no longer indebted to foreign countries, but it still continued to owe a sizable sum to private investors both at home and abroad.

Swan returned to America in 1795 and continued his career of high stakes wheeling and dealing. When The U.S. was closing the deal with France over the Louisiana Purchase in 1803, Swan was France’s major creditor.

He returned to France and his usual tricks in 1798. A business partner charged Swan with a debt of 2,000 francs in 1808, which he vehemently denied owing. He was thrown in debtor’s prison in St. Pelegie, where he continued to deny the charge against him for the next two decades.

Now, this was no Bastille. Swan’s incarceration included servants, cooks, stables and female companionship. Hardly the worst of conditions, and Swan could have walked out the door any day if he chose to pay up which it is generally thought he had funds to do, or at least could have drummed them up from the many powerful friends he had, but it was the principle of the thing.

Twenty years into his imprisonment, King Louis Phillipe began his rule by forgiving all debt. By this time, Swan was 76 and in poor health. While it’s not perfectly clear what happened to him next, the general story goes that, once released, Swan’s last wish was to see his old buddy Lafayette one more time. When he had spent a little time with his pal, he went home and passed away the next day.