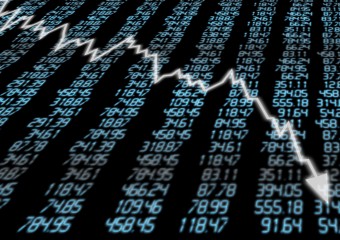 Building on a long tradition of catastrophic financial market crashes, the economic meltdown caused by the bursting of the housing bubble in 2008 is only the latest in a long line of epic stock market fails. In fact, nearly 300 years ago unscrupulous players, political cronies and laissez-faire government combined to create a “too big to fail” company, and then stood around helpless when it did. This is the story of the South Sea Company Bubble.

By 1710, England’s finances were a fright. Different government departments arranged their own loans and expended money with little financial oversight. The Chancellor of the Exchequer, Robert Harley, convinced Parliament to look into straightening out this mess. One of the first steps they took was to reconsider their commitment to allowing the Bank of England to be the sole manager of the country’s loans.

At the time, the Bank of England was attempting to finance Britain’s soldiers through sales of lottery shares, but the response was lukewarm. Harley granted permission for a different private enterprise, the Hollow Sword Blade Company, to conduct a lottery; its marketing was so successful that soon the Sword Blade Company was conducting lotteries regularly on behalf of the government.

Near the end of the War of Spanish Succession, England had about £10 million of debt it needed to finance and turned back to some of the geniuses from the Sword Blade group. They formed the Governor and Company of the Merchants of Great Britain, Trading to the South Seas and Other Parts of America, and for the Encouragement of Fishing (South Sea Company, for short) in 1711. In return for 6% interest, the South Sea Company would buy England’s outstanding debt in exchange for shares in the company. Investors were lured into the plan, not only by the prospect of sharing in the interest, but in the profits of the company as well.

In addition to financing government debt, the South Sea Company was intended to operate as a trading firm in South America; in fact, part of its charter from Parliament included a monopoly over trade in the South Seas (actually, all of South America). Although sounding like a sure thing, by 1713, this monopoly portion of the business was worthless, as the Treaty of Utrecht eviscerated trade for England in the southern part of the New World.

Fraud in the 18th Century

In order for insiders to reap the greatest profit, the founders of the South Sea Company began a two-pronged, ethically challenged campaign. Prior to the announcement of the company’s plan to buy government debt, insiders discredited Britain’s ability to finance itself, driving down the value of that debt. The insiders then gobbled it up at the greatly reduced rate of £55/£100.

Next, to encourage debt holders to exchange it for shares, the insiders loudly proclaimed the great value of the company’s trading operations, including its (valueless) South American monopoly. To be fair, South Seas still had a significant slave trading operation, although this was not as lucrative as had been hoped. In any event, shortly after the debt-buying plan was announced, South Sea Company stock sold at £123 per share (up from the £100 it was valued at pre-announcement, and the £55 that the duped debt holders received).

The enterprise appeared to roll along just fine until about 1718, when war with Spain led Spanish interests in South America to seize the company’s property there. Although the company lost some assets, the real loss from the seizures came from the bad publicity.

By 1719, perhaps seeing the writing on the wall, the South Seas Company began a campaign to protect its insiders. These few were sold options to purchase stock at the current price. Then, the company began another marketing campaign, again touting the high value of its South Seas monopoly. Since prominent members of government held the options, they participated in spreading the rumor, and their cache gave credibility to it. The price of the stock skyrocketed from about £100 per share to nearly £1000, and the insiders reaped extraordinary profits.  At its peak, based on the stock price, the company was worth about £200 million (by purchasing power, today this would be about £24 billion / $37 billion; by average earnings, it would be £350 billion / $537 billion).

Like the Tulip mania in 17th century Holland and the stock market crash in 1929 America, naïve regular people flocked to the irrationally exuberant market, as did other stock trading operations. One of the most unscrupulous of these was called, I kid you not, A Company for Carrying on an Undertaking of Great Advantage, but Nobody to Know What It Is. After this one, even Parliament could no longer sit on its hands, and at the urging of South Sea Company insiders (to protect their informal monopoly on duping the public), in 1720, the Bubble Act was passed. This legislation prohibited the establishment of new companies that competed with existing charters, absent government permission.

By June 1720, the share price of South Sea stock had soared to £1050, with many people purchasing their shares on loans secured by the shares they were buying (and the 1980s thought they invented junk debt). The share price dropped precipitously and by September 1720, it was at £150. Individuals and companies went bankrupt, and an outraged nation demanded that Parliament act.

The subsequent investigation identified a number of individuals who had engaged in fraud or other bad acts in furtherance of the scheme including King George I, two of his mistresses, the Postmaster General, a member of the cabinet, two ministry heads and the Chancellor of the Exchequer; the latter was jailed.

Despite all of this, the South Sea Company stuck around for some time, but rather than doing physical trading in the South Seas, primarily just dealt in Government debt until the mid-19th century.