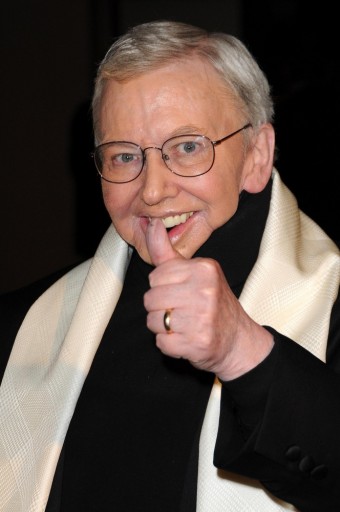 Ebert got his start in the public sector at the age of 15 reporting on high school sports for Champaign-Urbana’s News-Gazette. He held that job all the way through college, even while serving as a reporter and editor of the Daily Illini at the University of Illinois. One of Ebert’s first movie reviews, on La Dolce Vita, was published in 1961 in the Illini.

A few years later, Ebert was accepted into a PhD program at the University of Chicago, making a move to the city necessary. He started looking for jobs to support himself and was referred to the Chicago Sun-Times by the editor at another paper. Ebert was hired in 1966 as a reporter.

The movie critic at the Sun-Times left about a year later and the job was given to Ebert. A full schedule of graduate studies and a full time job was too much to juggle, though, so he left school to focus on writing movie reviews and a book. In 1967, the University Press published his book on the history of the University of Illinois.

His career received another boost when, in 1969, Reader’s Digest ran his review of Night of the Living Dead. 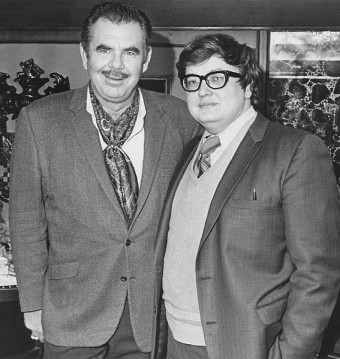 When Meyer was offered a three picture deal with 20th Century Fox, and started working on Beyond the Valley of the Dolls, he immediately thought of Ebert, who, as expected, was eager to sign on.

Ebert later described Beyond the Valley of the Dolls as “a movie that got made by accident when the lunatics took over the asylum.” When you consider that a major studio hired an independent, X-rated filmmaker and an inexperienced screenwriter and gave them carte blanche to write a script, it is pretty amazing the movie ever happened.

The two cranked out the Beyond the Valley of the Dolls screenplay in six weeks. Ebert stated that they simply made the movie’s plot up as they went along and spontaneously threw in a plot twist at the end that hadn’t been anticipated, revealing one of the characters to be a transvestite.

At this point, Meyer wanted to re-edit the film to include more nudity, but 20th Century Fox was suffering from cash flow issues and rushed the film into release as it was.

Surprisingly, considering the circumstances behind its creation, Beyond the Valley of the Dolls was a big success, earning approximately $9 million (about $56 million today), nearly nine times what the studio spent to make it.

Ebert and Meyer went on to partner on the ludicrously named Beneath the Valley of the Ultra-Vixens, Up!, and several other such movies. They were also working on the Sex Pistols’ movie Who Killed Bambi?, a punk rock version of the Beatles’ A Hard Day’s Night when it was killed by the studio due to the racy content in the script.

Ebert moved on from making X-rated films and back into movie critiquing and, in 1975, started co-hosting a weekly film review show, Sneak Previews, locally produced by a Chicago public broadcasting station. His career as a movie reviewer took off from there. Ebert’s final TV show, Ebert Presents: At The Movies, premiered 39 years later in January of 2011 and ended on December 30, 2011. He died at the age of 70 on April 4, 2013 after an 11-year battle with cancer.

Shortly before his death, he stated:

I know it is coming, and I do not fear it, because I believe there is nothing on the other side of death to fear. I hope to be spared as much pain as possible on the approach path. I was perfectly content before I was born, and I think of death as the same state. What I am grateful for is the gift of intelligence, and for life, love, wonder, and laughter. You can’t say it wasn’t interesting. My lifetime’s memories are what I have brought home from the trip. I will require them for eternity no more than that little souvenir of the Eiffel Tower I brought home from Paris.

And in his final blog post published two days before his death, he signed off with,

So on this day of reflection I say again, thank you for going on this journey with me. I’ll see you at the movies.