The King’s Law – The Code of Hammurabi 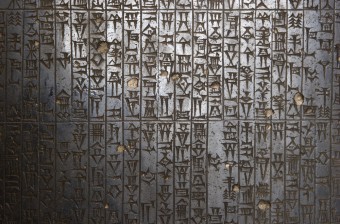 Hammurabi was the oldest son of Sin-Muballit, and he became the sixth king of Babylon upon his father’s abdication around 1729 BC (based on the short chronology timeline).

Even though he didn’t inherit much power from his father and at the time he controlled only a small part of Babylonia, the city of Sippar, he later became the first king of the so-called Babylonian Empire.  With his accession to the throne, he expanded Babylon’s dominance and authority over Mesopotamia by being victorious in a series of wars against adjoining lands and kingdoms. In his almost forty-three-year reign, he became the greatest conqueror Babylonia had ever seen and his empire dominated all of Mesopotamia.

Despite Hammurabi’s success and greatness as a conqueror and king, he’s best remembered, not for his accomplishments on the battlefield, but for being a great reformer and legislator. Most pertinently, Hammurabi produce and organized set of laws known as Hammurabi’s Code, which is possibly the very first written code of laws, or at the least, the oldest to have survived to this day.

A 2.3-meter-high diorite cylindrical stele of the Code of Hammurabi was found at Susa, Iran, in 1901. At the top of it is a bas-relief image that portrays Shamash, the Sun God in the Akkadian, Assyrian, and Babylonian pantheons, handing the code of laws to the king, pointing out in this way (as it was the trend in pretty much every culture back then) that it had divine origins. The code is inscribed in the Akkadian language, using cuneiform script carved into the stele, and an almost complete exemplar of it is on display today in the Louvre.

King Hammurabi wanted these laws to please the gods, which is why all legislation of the code begins with a compliment to the gods. Unlike many previous kings and rulers, Hammurabi did not think that he descended from the gods; however, many people believed and often claimed that “the kinsman is a healer” just like a god.

Hammurabi’s Code consisted of 282 laws, and punishments varying depending on the socioeconomic class of the accusers and the accused. Some of the main topics, among others, include dealing with theft, agriculture, destruction of property, marriage and the rights of the two parts therein, women’s rights, children’s rights, the rights of slaves, murder, and the death penalty.

The included laws were quite harsh and did not forgive any misinterpretation, as the code was placed publicly, so that all could see it. However, the majority of the people at that time could not read and so fatal misunderstandings are thought to have occurred frequently.

As for how punishments were determined, the basic tenet of the laws was that the punishment should not be heavier or milder than the crime committed, something markedly different than, for instance, the infamous Draconian laws where even certain slight offenses could see a person receive the death penalty.

The laws themselves were written in 285 separate articles and the texts were divided by categories that include individual rights, property rights, trade, family offenses, and labor matters.

According to the code, Hammurabi divided society into three classes:

Additionally, the administrative law system of the code was seemingly well ahead of its time. Hammurabi divided the empire into large regions in which he installed trusted commanders (like today’s governors) with whom he kept a correspondence about the administration of those regions. In addition, there was an independent authority that controlled the local commanders for possible arbitrariness and disobedience to the king’s laws. Accomplished judges administered the legislation and they were also observed by Hammurabi’s council and advisers.

Hammurabi’s Code also helped to develop a considerable progressive educational system and the literacy percentages inside the empire exploded, making the Babylonian citizens some of the most educated and sophisticated the world had seen up to that time.

All that said, despite the Code of Hammurabi being one of the most well-written and advanced legal codes of antiquity, today it would be considered ridiculously harsh, inhumane, sexist, and even irrational in many cases.

To give you a little taste of some of the items in the lengthy Code of Hammurabi: