This Day in History: May 9th 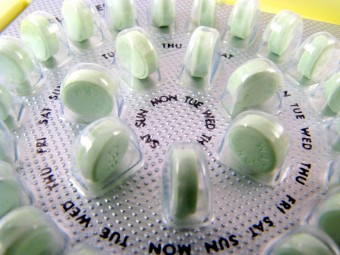 On May 9, 1960, the Food and Drug Administration (FDA) approved what would soon become the first birth control pill produced for commercial use. The drug was manufactured by the G.D. Searle Company in Chicago, Illinois. Its official moniker was Enovid-10, but it would forever be known simply as “The Pill.”

The fight for a woman’s right to effective birth control began with Margaret Sanger in the 1920s when she founded the America Birth Control League, and established the first legal, physician-led birth-control clinics. These New York City-based clinics were the harbinger of the Planned Parenthood Federation of America.

In the 1950s, Sanger began working with women’s rights activist Kathleen McCormick. Together they encouraged and funded the research that lead to the creation of the birth control pill. Because of this, the two women became known as the “mothers of the pill.”

The Pill changed both the women’s rights movement and the health care system in other ways as well. The earliest versions of the pill contained very high levels of hormones that led to adverse side effects such as nausea, headaches and potentially deadly blood clots. These concerns encouraged women to speak up both as consumers and as feminists, and to act as their own healthcare advocates.

It’s often said that the pill sparked the sexual revolution, but there’s no data to support that claim. A 1953 Kinsey report stated that half of the brides walking down the aisle were not virgins, and that was many years before the pill was available. Most sociologists and physicians were in agreement that if a person was predisposed to um, indulge, they would do so – pill or no pill.

Even after it became widely available in theory, it wasn’t always easy to gain access to the pill. Some states banned prescribing contraceptives to unmarried women. And if you lived in a state where it was legal to do so, doctors were often reluctant to prescribe the pill if you were single. In Connecticut, even married women were denied access to any form of birth control until 1965.

Today’s birth control pill is safe and effective with over 50 years of data to back up this assertion. The pill fits all the FDA standards a drug must meet to transition from a prescription-only medication to an over-the-counter (OTC) drug. The call now from a wide range of physicians, clinicians, advocates and consumers is to make the pill available over the counter so a wider range of women can benefit from it.