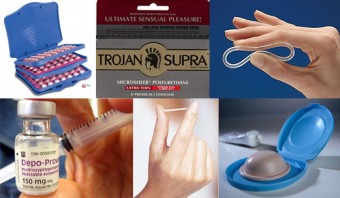 Today I found out that the “Pull and Pray” method statistically is just about as effective as condoms for preventing pregnancy.

Indeed, according to Dr. John Guillebaud in his book Contraception: Your Questions Answered, some of the lowest birth rates in history pop up around cultures whose primary method of contraception is the pull and pray method.

This method, also known as “Coitus Interruptus” or the “withdrawal method”, was once one of the most popular methods of preventing pregnancy, but in recent times has been cast aside in many cultures.  It turns out though, as long as you get the “pull” part right, there really isn’t much praying necessary.  According to research done in 2008 at the Guttmacher Institute in New York, the withdrawal method, when executed perfectly, is 96% effective for preventing pregnancy.  For comparison, using a condom, when done perfectly, is 98% effective and oral contraception has a “perfect use” rate of 99.7% effective.

Now this is when all three methods are done “perfectly”, so what about in actual practice with everyday people?  The pull and pray method is roughly 82% effective while using a condom is roughly 83% effective, so you are only getting a 1% improvement for your money and effort.  The pill, in contrast, does offer a much better “actual use” rate of about 96%.

So what gives?  Why is withdrawal working just as well as condoms?  It turns out that, according to recent studies, pre-ejaculate almost never contains any sperm.  The few times sperm did show up in the studies, they tended to be immobile and clumped together, so basically dead or completely incapable of impregnating anything.  This is because the only way sperm can get into the pre-ejaculate is if it was already in the urethra from a previous ejaculation, due to the fact that the Cowper’s gland contains no sperm.  Thus, as long as the man has either peed since the last time he ejaculated or it has simply been a while since that time, which probably means he’s peed at some point anyways,  the withdrawal method is extremely effective as a birth control method.

It’s also arguably easier to execute this method “perfectly”, achieving closer to the 96% effective rate, than it is with condoms, with the failure rate of condoms typically coming from the condom breaking.  The primary cause of failure with the pull and pray method lies in the cases where the person executes the praying part perfectly, after the fact, but didn’t manage the “pull” part of the method, which is of course the most important bit; though on failure of that, the praying probably doesn’t hurt. 😉