May 14, 2014 TheMedicineJournal.com
Our resident medical expert, Scott, and a buddy of his recently started The Medicine Journal, where you can learn all sorts of interesting facts about all things medical related. Below is a sample article from their site. 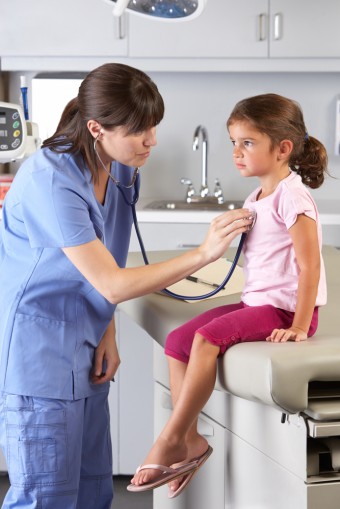 Almost everyone has felt them at some point in their life.  Doctors will generally tell you they’re nothing to be concerned about, just before they have you wear a heart monitor for several weeks.  So what exactly are heart palpitations, and if your doctor isn’t that worried about them, why do they perform all those tests…. just to make sure?

While extremely common, people can experience them in several different ways.  Most people describe them as feeling like their heart is either skipping beats, throbbing, flip-flopping, fluttering, beating too fast or pounding.  Sometimes they’ll come on quickly and stay for extended periods, while other times disappear just as quickly as they began.

Most palpitations are harmless but some can be a sign of a more serious heart condition, or a problem elsewhere in the body.  Unless they’re happening at the time you’re seeing the doctor, it can be very difficult to determine whether they’re nothing to worry about or something more concerning.

To better understand what exactly is causing them, and the difference between benign palpitations and serious ones, it’s important to know exactly how the heart works and how it pumps blood.

Your heart has four chambers.  The top two are called atria, the bottom two are ventricles.  They’re separated from top to bottom by one way valves, and from right to left by a wall called the septum.

The “shock”, causing the muscle to squeeze, is normally created by specialized cells in your right atria called your Sinoatrial node.  These cells exchange the electrolytes sodium, potassium and calcium across their respective membranes, which causes a buildup of electrical charge.  When it reaches a certain point, it immediately discharges across the atria.  The signal gets held up in another set of cells called the Atrioventricular node.  This allows time for the blood to get pushed from the top part of your heart to the bottom.  The impulse then gets discharged to the rest of the ventricles, and the blood is pushed out to the body and lungs.

When working normally, this ingenious method of pumping blood is almost imperceptible.  When some part of your heart ceases to function appropriately, the perception is what is described as palpitations. You might be thinking your heart functioning abnormally seems like a pretty big deal.  So why does your doctor say not to worry about it?  Now that we know a little about the heart’s anatomy and function, let’s talk about what is happening when those parts and pieces cause palpitations.

One of the most common cause of palpitations is known as a premature ventricular contraction (PVC).  As stated above, the heart’s impulse is normally created in the top right atria and then gets transmitted to the ventricles.  There are also countless parts of the heart, called ectopic foci, which can also create an electrical impulse.  When the foci in your ventricles fire off before they’re supposed to, they cause the ventricles to squeeze at the wrong time.  The result can be abnormal blood flow through the heart, and a feeling like your heart just skipped a beat.

If this seems scary, never fear.  Almost everyone alive has countless PVC’s on a daily basis.  In fact, most medical professionals won’t even give them a second thought unless you begin having more than about 6 per minute.   This abnormal blood flow is usually minor and we’re unaware it’s even happening.  If there isn’t a lot of outside stimuli, like when you’re relaxed or just before you fall asleep, it’s easier to sense them.  This is why many people complain their palpitations happen at night.

There are also countless other abnormal electrical impulses that can cause the symptom of palpitations.  The impulse being too fast, or too slow (tachycardia and bradycardia) is common.  The impulse being stronger than normal, known as inotrope, can cause the sensation of your heart pounding.  Ectopic foci outside your ventricles can also create abnormal contractions, and thus, unusual blood flow.

You can see that almost any irregular electrical impulse can cause palpitations. Most of the time, they’re short lived and cause no real problems.  Should they begin to become more chronic, they can cause complications your doctor might want to treat.  This is why they have you wear a heart monitor for several weeks.  They want to see exactly what’s happening with the electrical system within your heart, when you’re having palpitations, and how often they happen.

Several things can put you at risk of having unusual electrical impulses that cause your palpitations.

Imbalances of your electrolytes is commonplace.  Those imbalances can be caused by certain medications, dehydration, exercise, fevers and trauma from burns or broken bones. Diseases such as cancer, diabetes, anemia or thyroid disorders are also typical.

The electrical system of your heart is also influenced by neurotransmitters from the brain.  These neurotransmitters can be affected by things like caffeine, alcohol and nicotine, among many other common substances.  Anxiety, stress, panic attacks and fear can also increase your risk of palpitations.

Palpitations generated by irregular electrical impulses are usually treated by ceasing the cause, for instance cutting back on caffeine, smoking and alcohol or avoiding over-the-counter decongestants, eating and drinking normally, getting enough sleep, and finding a way to relax when stressed.  Stopping illicit drug use is also always good advice beyond heart palpitations.

This brings us to palpitations caused by the structural or mechanical system of the heart.  These are usually more severe and treated more seriously by your doctor.

Should the one-way valves separating the chambers of your heart be defective, they can allow for blood to flow in the wrong direction.  Since no one wants their blood going backwards, your doctor will attempt to rule this out as a cause almost immediately.  Treatment for this problem will revolve around exactly how much blood is leaking past the valve in the wrong direction.  They can either take a wait-and-see approach, or replace the valve altogether.

Conditions leading to decreased blood-flow to the heart muscle itself can also cause palpitations, such as things like coronary artery disease, a condition resulting from too much plaque on the inside of your artery walls, or low levels of oxygen in your blood.  Treatment for these conditions will depend on the exact nature of the problem and its severity.

Overall, palpitations are usually a result of abnormal blood flow that is quick and minor.  Simply a part of life.  Just take one look at Channing Tatum or Jessica Alba and see if your heart doesn’t skip a few beats.   Should your palpitations begin to cause other symptoms like chest pain, shortness of breath, dizziness or nausea, you might want to see your doctor.  They will, most likely tell you it’s nothing to worry about, but in rare cases, it just might save your life.