April 5, 2014 Daven Hiskey
This is a weekly wrap of our Daily Knowledge Newsletter. You can get that newsletter for free here. 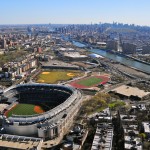 This is thanks to a seventeenth century Scandinavian man by the name of Jonas Bronck, originally from Tórshavn in the Faroe Islands. In 1639, Bronck immigrated to New Amsterdam in New Netherland, which was right next to what is today called Bronx River, named after Jonas Bronck. Why? In New Amsterdam, Bronck owned a 680 acre farm which was called, unimaginatively, “Bronck’s Land” and the river abutting it “Bronck’s River.” He held this land for just four years before… (more) 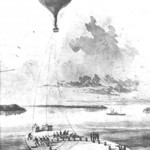 The North’s Air Force During the American Civil War

If you thought that air warfare was reserved for a time after airplanes were invented, you thought wrong. During the American Civil War, the Union troops used hot air balloons to spy on Confederate troops. The idea to use balloons was the brainchild of Salmon P. Chase, the Secretary of the Treasury, and Joseph Henry, the Secretary of the Smithsonian Institution. They suggested that the military should create the balloon corps under the command of Thaddeus Lowe to do some “aerial reconnaissance” for the Union. On June 17, 1861, Lowe demonstrated his balloon in front of President Abraham Lincoln. He went up to the lofty height… (more) 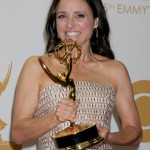 Seinfeld would have been a lot different with another actress playing Elaine, and that’s what would have happened if Julia Louis-Dreyfus had decided to live the life of an heiress rather than pursue acting. And that wasn’t out of the realm of possibility. Julia’s father is multi-billionaire Gerard Louis-Dreyfus and her family tree is littered with extremely wealthy and successful (in business) individuals going back over a century- as such Julia probably didn’t need to work a day in her life. You wouldn’t know it from listening to her, though. In an interview conducted on the Howard Stern Show in 2003, Julia… (more) 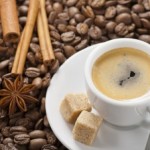 How Much Caffeine Would It Take to Kill You? 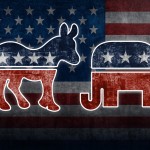 The donkey is stereotypically bumbling, slow, and stubborn; the elephant– big and clumsy. Being compared to one of these animals is not exactly flattering in this sense. Yet, for well over a century, they have been the popular symbols of America’s major political parties – the donkey for Democrats and the elephant for Republicans. So how did the donkey and elephant enter into our political lexicon? As one could imagine, it all started with an insult. The 1828 presidential election between Republican (not to be confused with the modern Republican Party which was formed a few decades later) John Quincy Adams and Democrat Andrew Jackson is still considered one of the dirtiest campaigns ever run in American politics. Jackson and his supporters called Adams corrupt, spoiled, and a “libertine” – someone who lacked… (more) 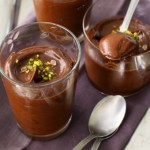 Air Miles are awesome, they can be used to score free flights, hotel stays and if you’re really lucky, the scorn and hatred of everyone you come in contact with who has to pay full price when they travel. The king of all virtually free travelers is one David Phillips, a civil engineer who teaches at the University of California, Davis. David came to the attention of the wider media when he managed to convert about 12,150 cups of Healthy Choice chocolate pudding into over a million Air Miles. Ever since, David and his entire family have been travelling the world for next to nothing. So how did he do it? Well, first we need to explain the kind of man David Phillips is; he’s the kind of guy who reads every inch… (more) 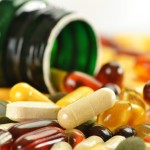 Easily identifiable by simple terms, the vitamins we recognize today were only recently isolated, identified and named. Roots of Vitamins: Scientists studying why animals failed to thrive (deficiency diseases) were the first to discover vitamins. One of these early researchers, Cornelius Adrianus Pekelharing, opined in 1905 that milk had “some unrecognized substance . . . in very small quantities [that] was necessary for normal growth and maintenance.” In 1912, while studying rice, Casimir Funk isolated an organic “factor,” which he described as amine (like an amino acid). Because it was vital to life, he combined the two words to coin the term… (more) 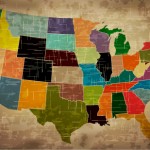 The Origins of the Names of the 50 U.S. States

Alabama: This southern state was named for the Native American tribe that lived there when the European settlers showed up. In their own language, they were called the Albaamaha. It’s likely that this name means something along the lines of “plant gatherers,” though this isn’t known for sure. While there isn’t much evidence about what the name means in their own language, their neighbours, the Choctaws, had two words that are similar: alba means plant, and amo means to cut or gather. In addition, it is known that the Albaamaha practiced agriculture. It’s thought that the Choctaws might have used those words to describe the Albaamaha, who then started calling themselves the resulting word. When European settlers arrived, they anglicized it to make it easier to pronounce and named the resulting state after the native residents. Alaska: This state name was also inspired by its native people. The Aleuts called the Alaskan Peninsula alaxsxaq, which means “the object toward which the action of the sea is directed.” Once again, this name… (more) 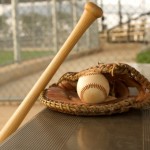 36 Fascinating Baseball Facts to Kick Off the Season