January 29, 2014 Matt Blitz
John K. asks: I heard that the NFL is tax-exempt. Why is this when they make billions every year? 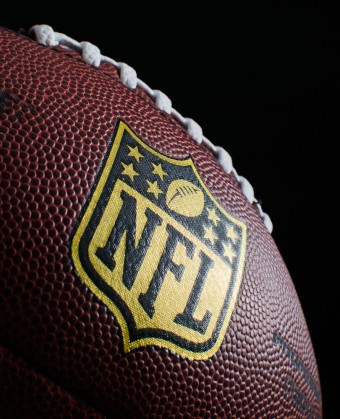 The NFL made over thirteen billion dollars this past year in gross revenue.  That is over three billion dollars more than Major League Baseball, the next most profitable professional sports league. The Buffalo Bills, the NFL’s current least valuable team, is worth an estimated $1.4 billion, which is $200 million more than the New York Rangers, the NHL’s most valuable team. With every long touchdown pass, every bone-crushing hit, every game-deciding interception, every Super Bowl Sunday, the NFL is raking in even more cash. That is why many fans are surprised, and even angry, to hear that the NFL is technically a tax-exempt, non-profit organization.

While it can be argued (and currently is as we’ll get to in a bit) that the NFL is much more interested in furthering their own brand than the industry as a whole, the league does do many things to promote American football. It establishes rules and practices for its members by hiring game referees and considering competitive rule changes every offseason. It develops ways for the organization to run more efficiently and profitably by setting up the college draft, conducting player safety research, and negotiating collective bargaining agreements between the Players’ Union and team owners. It also promotes the business in the broader community by running youth football camps, giving to charities, and setting up big game-promoting events like the Super Bowl.

As for how this tax-exempt status came to be, the NFL League Office was established as a trade organization, and therefore tax-exempt, not recently, but actually all the way back in 1942.

The NFL was a fledgling sports league back in 1942. Despite being in the midst of playing their 23rd regular season, the NFL still was struggling financially. They needed to find ways to save money and to protect their employees, the players. So, the NFL League Offices filed an application for tax-exempt, non-profit status with the IRS.  The application was accepted.  According to a 2009 article, both the NFL and IRS have said that they can not find a copy of the original 1942 application.

The league continued along until 1966 when they faced stiff competition from the AFL. The AFL had begun play in 1960 and immediately started challenging the NFL for television contracts, college players, and popularity.

On June 8, 1966 the NFL and AFL announced a merger, but in order to avoid antitrust law sanctions, the merger had to be approved by the United States Congress. And that meant convincing the powerful Louisiana Senator and Chairman of the Finance Committee Russell Long. According to the Senate’s own website, Chairman Long tacked the merger onto a tax bill, ensuring it would arrive at his desk. He could then alter the language, ensuring exemption from sanctions. In exchange, Long told NFL Commissioner Pete Rozelle that he wanted the next NFL expansion franchise to be in New Orleans, in Long’s home state of Louisiana. The merger passed and on November 1, 1966, the New Orleans Saints became the sixteenth NFL franchise. Good old fashion backroom politics.

IRC 501(c)(6) provides for exemption of business leagues, chambers of
commerce, real estate boards, boards of trade, and professional football
leagues (whether or not administering a pension fund for football players),
which are not organized for profit and no part of the net earnings of which
inures to the benefit of any private shareholder or individual.

It goes on to state clearly that the newly merged league could move “forward without fear of an antitrust challenge” and that the league will not lose their exempt status “because it administered a players’ pension fund.” With these clauses, the NFL League Office, now bigger and with more power, weathered the merger storm and remained a tax-exempt, non-profit trade organization.

So, the question now is if the NFL League Office is non-profit and doesn’t pay taxes, who does? The answer is the 32 teams via some clever structuring of how the NFL works behind the scenes. Revenue that comes into the NFL coffers is funneled through various branches of a for-profit company called NFL Ventures. The NFL League Office is a completely separate company and NFL Ventures is very much subject to taxation.

The NFL League Office isn’t the only professional sports league to have non-profit status. The National Hockey League (NHL), the Professional Golf Association (PGA), the Ladies’ Professional Golf Association (LPGA), and the Association of Tennis Professionals (ATP) are other leagues that have this exemption. In fact, Major League Baseball was tax-exempt until 2007. According to MLB spokesman Matt Bourne, the league gave up their status because “There was no business or other benefit for us to have the exemption, so we made the decision to relinquish it.”

Despite the NFL League Office being within their legal bounds, Tom Coburn, Republican Senator from Oklahoma, as of the publication date of this article is trying to find a way to change their status. On September 13, 2013, Coburn introduced a bill to the Senate floor called the PRO Sports Act (S. 1524) which lists the sports leagues that have central offices that are protected under Section 501(c). It goes on to explain,

Major professional sports leagues qualify by stating their purpose is to help their respective sports at large, though they devote most of their activities to promoting their specific brand.

It continues on by claiming that some leagues are channeling their revenue through the tax-exempt organization and otherwise taxable revenue is going untaxed. According to the bill, even if the league is managing their revenue through individual teams, they still shouldn’t qualify for tax-exempt status due to the fact that “the league office is essentially getting paid to manage league operations for teams and players.” The bill’s background summary clearly makes its point by ending with “No major professional sports teams deserves to have a tax exemption.”

In the end, at least according to USA Today’s Sports Editor Peter Barzilai, all of this tax talk may not matter much. Even though the teams collectively pay between $250 million and $300 million to the league each year in “membership dues,” most of it is used to pay salaries of employees, manage an office, run the college draft/Super Bowl, and used for charitable functions.

In other words, the NFL League Office is playing by the rules, at least according to what is laid out in the 1966 tax law. It is estimated that if NFL were to lose their tax exempt, non-profit status, they would pay only about an extra $10 million dollars each year for the next ten years to the government, assuming they didn’t change anything in the way they run to get around this.

Ten million dollars a year maybe a lot of money in some respects, but not to the richest sports league in the world, nor, frankly, to the U.S. government. Considering the government is already over $17 trillion in the hole and literally rising by billions per day, an extra $10 million doesn’t really make much of a dent.

That said, $10 million’s not nothing, and every little bit counts.  However, the NFL has claimed that they would find other ways to make up the lost money, including writing off completely legal tax deductions that they never could have done before due to their exemption status.

If the NFL does give up their tax-exempt, non-profit status, it seems likely it wouldn’t have a dramatic impact on their bottom line. In terms of fan relations, the fact that any part of this multi-billion dollar business is tax-exempt does not sit well with their paying customers. So for that reason alone, the league’s commissioner Roger Goodell should be looking into following in MLB’s footsteps and scrapping the NFL’s exemption. (As a bonus, if they did give that up, Goodell would no longer have to report his salary, which pops up in the news every now and again as a matter of significant controversy.) And if you’re curious, the non-profit NFL League Office paid Goodell about $35 million in 2014 and he’s made a little over $200 million since taking over as Commissioner in late 2006.

*Update: This article was originally published in 2014.  In April of 2015, the NFL League Office announced they were giving up their tax-exempt status.  (We’ve also updated a few of the dollar value figures in the article to match 2016 valuations.)