The Troubled Life of the Brilliant Jack Parsons 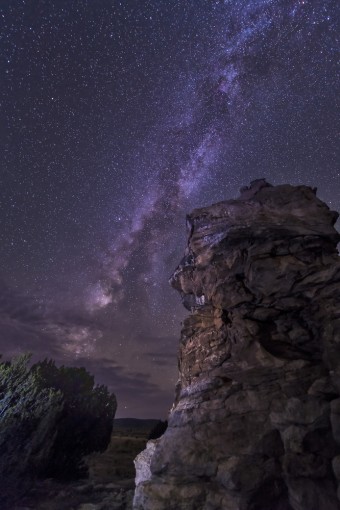 Marvel “John” (everyone called him Jack) Whiteside Parsons was born in Los Angeles, California in 1914 to a upper-middle class parents. Upon learning about her husband’s affair with another woman, Jack’s mother, Ruth, did something rather shocking for the time: she filed for divorce.  Ruth was now an unmarried woman with two kids (Jack had a sister). Lucky for her and her children, her parents, living in Massachusetts, made the decision to move out west and help raise their grandkids. Ruth’s family was quite well-off and they purchased a home on the vaunted “Millionaire’s Mile” in Pasadena, California for all of them to live together.

Jack’s childhood was one of solitude, loneliness, and wealth. He could sit in his room all day and read, never worrying about supporting his family or where his next meal was going to come from. He ferociously read Jules Verne, including his 1865 novel “From the Earth to the Moon,” and the new sci-fi magazine “Amazing Stories.” Soon, space wasn’t just what was above Jack’s head, it was a romantic obsession.

One day, Jack was getting pummeled at school when an older boy swooped in and put an end to the beating. That boy, Ed Foreman, would become Jack’s best friend into his adult years and an essential player in Jack’s rocket dreams.

Ed and Jack whiled away days talking about the science-fiction books they were reading and, soon, began experimenting themselves. Using Ed’s father’s engineering tools and resources and supplies Jack took from his part time job at the Hercules Powder Company, they built explosives.

Teachers and Jack’s mother began worrying about him. But Ed and Jack continued to experiment.

In 1934, with Jack now 20 years old, the duo’s interest in rockets went from a child’s fantasy to an academic pursuit when, despite not being students there, they gained the support of the close-by California Institute of Technology (CalTech). Ed, Jack, and several members of CalTech’s community formed the GALCIT Rocket Research Group.

On Halloween 1936, the group performed their first motor test near the Devil’s Gate Dam in Pasadena. The motor exploded, but soon they became infamous on campus. They were called the “Suicide Squad” due to the danger and perceived craziness of their experiments, particularly as rocket technology was considered by many scientists at the time to be foolish and mere science fiction in terms of any practical use and development of the technology.

This “Suicide Squad” was the beginnings of the famed Jet Propulsion Laboratory, the institution responsible for the Mars Rover Landing and many other advancements in rocket and robotic sciences.

In 1935, Jack married a young lady he met at a church dance, Helen Northup. It was also about this time where he also began his education on the occult and the Anti-Christ. After reading several books by Aleister Crowley, he began attending services at the Church of Thelema — the church founded by Crowley. Crowley believed himself to be a prophet and embraced the powers of magick (no, that is not a typo) as it related to quantum physics. Jack embraced these concepts immediately as another way for his science fiction fantasies to merge with his real-life. Parsons joined the Ordo Templi Orientis (which embraced Crowley’s Law of Thelema as its religion) and eventually would rise up through the ranks to lead the California branch. The OTO, for short, believed in the practice of sexual magick. Parsons’s path into darkness had begun to deepen.

In 1939, the rocket research group was awarded a grant by the Army for research into what was being termed “jet propulsion,” or a way to get a jet off of the ground when there was no runaway.  According to John Carter’s definitive Parson’s biography “Sex and Rockets: The Occult World of Jack Parsons,” most of the grant money ended up going to repair costs of the CalTech buildings they destroyed with their wild rocket experiments.

By 1942, the group, led by Parsons, had successfully developed a liquid jet fuel that would remain stable under intense circumstances. With the US entering World War II, the group sold 60 jet engines fueled by their new liquid jet fuel to the United States air corp under their new company’s name AeroJet. They were now America’s most imminent rocket scientists.

Soon, a war veteran and science-fiction writer by the name of L. Ron Hubbard, the eventual founder of Scientology, joined in on these rituals. Hubbard and Parsons became fast-friends, both obsessed with turning the world into the science fantasy they believed in. Sex, magick, and chaos reigned supreme at the Parsonage. Neighbors would often call the Pasadena police complaining of the “unspeakable” acts going on at the home. The police rarely believed them.

Jack’s personal life pivoted when he recruited Helen’s 16 year old sister, Sara, into their religious ceremonies. Soon, he and Sara were not only sleeping together, something that wasn’t all that frowned upon in their open relationship and community, but they also developed a deep emotional relationship as well. Helen, although not happy about the situation, relatively amicably moved on from Parsons, though it would be some time before they’d get divorced.

Hubbard and Parsons often would make their way to the Devil’s Gate Dam, the site of many of Parson’s rocket experiments, and thought by some to be the gate to hell, to summon goddess of Babalon, the Great Mother who would help them conceive the Anti-Christ.  Despite the rituals, the Great Mother never showed up.

After receiving another grant from the Army to develop rocket-based weapons, the group officially became known as the Jet Propulsion Laboratory (which still exists today as part of NASA). Parsons sold his share in the company and became a freelancer of sorts, frequently working on individual rocket projects and giving talks. He was known world-wide as one of the leading experts in rocketry, despite having no formal education in the subject.

In 1947, he proclaimed to the Pacific Rocket Society that one day rockets would take humans to the moon. Right when Parsons was at his peak, seemingly balancing his professional career and his increasingly outlandish religious beliefs, it all exploded in his face. Literally.

L. Ron Hubbard and Jack Parsons formed a company together called Allied Enterprises. Parsons poured his life savings into the company. Their original idea to start with was to purchase a few yachts and re-sell them for profit.

Hubbard had another agenda.  He stole all the assets from the company, including Parsons’ money, and escaped to Miami with Sara- effectively stealing Parsons’ money and woman. As mentioned, Hubbard later went on to establish Scientology. Parsons went broke.

To get back at Hubbard and Sara, Parsons performed a ritual to curse them, which he thought sort of worked:

Hubbard attempted to escape me by sailing at 5 P.M., and I performed a full evocation to Bartzabel [the spirit of Mars or War] within the circle at 8 P.M. At the same time, so far as I can check, his ship was struck by a sudden squall off the coast, which ripped off his sails and forced him back to port, where I took the boat in custody… Here I am in Miami pursuing the children of my folly; they cannot move without going to jail. However I am afraid that most of the money has already been dissipated.

He quickly dropped both spiritual and legal efforts against the pair, though, when Sara threatened to reveal that her and Parsons’ sexual relationship had begun when she was underage.  In the end, a small portion of Parsons’ money was returned, and Hubbard and Sara were left with the yacht.

Additionally at this time, the House Committee on Un-American Activities (HUAC, for short) began investigating Parsons for communist ties. His religious practices and occult beliefs did him no favors. The FBI stripped him (along with many of his colleagues) of his high security clearance, rendering him relatively unemployable and with his credibility-shot.

The American Techinon Society, a society whose aim was to provide support for the new state of Israel, hired him to help out the Israeli rocket program. He did research and wrote up reports for them on how to build a jet-propulsion factory complex. This led to the State Attorney and the FBI investigating Parsons on the charge of espionage in 1951. The charges would be dropped a year later when it was concluded that the information Parsons was providing was not confidential and should have been declassified in the first place.

In June 1952, Parsons and his new wife, Marjorie Cameron, who he believed had been summoned to him after he had performed various Enochian magic rituals which are a little too explicit to mention here,  were set to travel to Mexico. She would later claim they only were going there to visit, but evidence points to that Parsons was planning to go and live there, never to come back to the US. The day before their departure, he received a rush order of explosives, supposedly for a movie- he occasionally worked as a special effects consultant to make ends meet via his Parsons Chemical Manufacturing Company.

On June 17, 1952 at 5:08 pm, two explosions ripped through the “Parsonage,” severely injuring Parsons. A susequent investigation concluded that Parsons had been mixing fulminate of mercury when he accidentally dropped the mixing container, resulting in the initial explosion, which then set off the another explosion via additional chemicals in his workshop.  That said, being extremely experienced with explosives and always taking appropriate safety measures, many who knew and worked with him argue that he would not have been so careless.

After being dragged out of the house by the neighbors, he was rushed to the hospital and died thirty minutes later. He was only 37 years old. His mother, upon hearing of his accident, committed suicide.

Jack Parsons’ legacy lives on. Today, the Jet Propulsion Laboratory is still in Pasadena, California, a mere mile away from Devil’s Gate Dam. It is a hub of NASA activity, including operating the Deep Space Network, the Mars Science mission, and an X-ray telescope called the Nuclear Spectroscopic Telescope Array. It is also arguably the number one facility for robotic technology in America.