This Day in History: January 30th 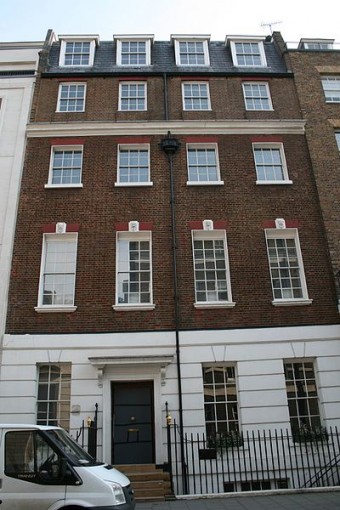 On a cold and overcast January afternoon in London, the Beatles gathered on the roof of their company Apple Records on Savile Row, and gave what would be their last public performance.

The live performance was meant to be the climax for the film “Let It Be.” Instead of highly polished, slickly produced and orchestrated psychedelia, both the film and the album “Let It Be” were a nod to the Beatles’ earlier rock and roll influences – more Cavern Club than Sergeant Pepper.

Watching the footage of the four musicians interacting at Twickenham studios is painful at times. Trouble had been brewing within the band for years, and it’s glaringly obvious even to a casual observer. Paul comes off a bossy schoolmarm, John is only interested in Yoko, George is clearly annoyed with Paul and the entire situation, and even perpetually cheerful Ringo appears as enthused as a deflated balloon.

There had been much deliberation about where the performance for the film should take place. As Ringo Starr recalled,

There was a plan to play live somewhere. We were wondering where we could go – “Oh, the Palladium or the Sahara.” But we would have had to take all the stuff, so we decided, “Let’s get up on the roof.”

So that’s what they did. Accompanied by Billy Preston on keyboard, by the look and sound of things you never would have guessed the Beatles had ever passed an unkind word between them. By all indications, they actually seemed to be having – fun. And they sounded fantastic.

Even though their personal relationships were suffering, the Beatles as a performing entity still hadn’t lost their magic, despite that they hadn’t done a live performance since August 1966 at San Francisco’s Candlestick Park.

When the band began playing, curious Londoners on their lunch breaks caused some commotion on the street below when they realized what was happening. News of the impromptu concert spread quickly through the area, and crowds began to gather on Savile Row and on the roofs of the surrounding buildings so fans could watch the historic event unfold.

Of course, every party has a pooper, and in this case it was the Metropolitan Police Service. When they appeared at Apple Corp., the employees initially refused them entry, but acquiesced when threatened with arrest.

As the police made their way up to the roof, the Beatles knew they were about to be shut down, but kept playing anyway. They even had a little fun with it in true Beatles fashion, with McCartney changing the lyrics to “Get Back” to fit the current situation:

You’ve been playing on the roofs again, and you know your Momma doesn’t like it, she’s gonna have you arrested!

When “Get Back” ended, the concert came to its conclusion. As everyone prepared to exit the roof at the insistence of the police, John Lennon gave us one of his funniest and most poignant one-liners of all time when he wrapped up the performance, and in essence the entire Beatles experience with:

I’d like to say thank you on behalf of the group and ourselves and I hope we’ve passed the audition.