This Day in History: January 24th 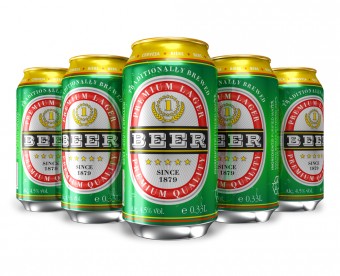 Canned beer made its first appearance on the shelves of American stores on this day in 1935, when the Gottfried Krueger Brewing Company put 2,000 cans of Krueger’s Finest Beer and Krueger’s Cream Ale up for sale in Richmond, VA.

Beer in a can had been a long time coming. The American Can Co. had been experimenting with canning beer since 1909, but couldn’t find a solution to the high pressure of carbonation exploding the cans. As Prohibition was coming to an end in 1933, the company perfected a “keg-lining” technique, discovering that lining beer cans with the same material as beer kegs solved the problem of high pressure explosions.

Krueger had been in the business of brewing beer since the mid-19th century, but Prohibition and labor disputes had taken its toll on the company. Krueger executives were initially unenthusiastic when the American Can Co. approached them about canning their beer. American Can sweetened the deal by offering to buy all necessary equipment, and assuring the Krueger people if the product flopped, their company wouldn’t be liable for a dime.

It turned out to be a good gamble on Krueger’s part, as canned beer was an immediate smash hit. The product garnered a 91 percent approval rating, and by year’s end 37 additional breweries had jumped on the canned beer bandwagon.

Beer stored in cans had many advantages over beer stored in glass. Cans were cheaper, lighter, much easier to ship and stack than beer bottles, and took less time to chill. As an added convenience, you didn’t have to pay a deposit on the cans and return them for a refund.

Canning was suspended during World War II, as the materials used were required for the war effort. By 1958 aluminum beer cans, even cheaper and lighter than before, became the material of choice for modern beer canning.

Despite what many a beer snob may swear to, according to Ska Brewing representative Dave Welz, canned beer is actually better than its glass counterpart. This is not blasphemy. One of the natural enemies of beer is light. As Welz said, “Light is destructive to the organic compound in beer that make the flavors everyone is so crazy about.” A can is completely opaque, which shields the beer from the light that can make it taste “skunky.”

Today, canned beer accounts for about 50 percent of the $20 billion generated by beer sales in the United States annually. Not all of these sales are profiting the big national breweries. In recent years, there has been more interest in canned beers from small micro-brewing companies and boutique breweries, which have come to realize canning their product results in a better tasting beer by preventing oxidation and exposure to light.