The Origins of Five Secret Groups 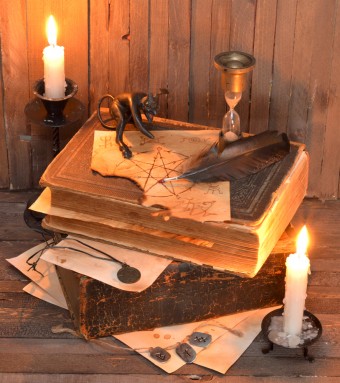 When most of us think of secret groups, religious societies that flourished in the Middle Ages, like the Illuminati and Knights Templar, often come to mind. We shouldn’t forget that secret societies live among us today.

Back in 2008, without any clear central direction or control, individuals from across the globe, each vehemently against the idea of internet censorship, began to work cooperatively against common enemies. Most agree that the first of these hacktivist assaults was the protest against the Church of Scientology’s attempt to remove an interview with its famous member, Tom Cruise, from the internet.

To say these individuals were tech savvy would be a grave understatement. Most of the Anons, at least those who started the amorphous group, were skilled computer hackers. Having spent years with unfettered access to all sorts of information and content, the founders of anonymous despised censorship and organized themselves to conduct decentralized attacks against those who tried to impose restrictions on content.

The face of anonymous is the Guy Fawkes Mask, named after a 17th-century British cult hero, the unsuccessful revolutionary, Guy Fawkes. Masks had been made of his likeness for years, but it was its adoption of the mask by the fictional revolutionary hero in the comic V for Vendetta, and its 2005 movie, that tied it to Anonymous’ hacktivist revolution.

Using tactics like distributed denial of service (DDoS), Anonymous has launched attacks on a variety of targets, prominently including: the Federal Bureau of Investigation (FBI), Scotland Yard and the United States (US) Justice Department for shutting down Megaupload, a number of Chinese government sites, the Vatican, several attacks against the funeral-picketing, bigoted Westboro Baptist Church and the Steubenville High School football team, for its players’ participation in the rape and public humiliation of a teenage girl.

Heroes to some, villains to others, of late Anonymous members are being found and prosecuted by the FBI.

Shrouded in secrecy, this collection of the world’s most powerful people meets once each year in seclusion, far from the rabble’s prying eyes. Termed a conference by its participants, the first was held at the Hotel de Bilderberg in Oosterbeek, Netherlands in 1954. Created to foster even greater cooperation between Western Europe and the United States, its original architects included Polish powerbroker Jozef Retinger, Prince Bernhard of the Netherlands, the then Prime Minister of Belgium, the then-chief of Unilever (one of the world’s largest companies), and the then Director of the CIA, General Walter Bedell Smith.

The location of each annual conference varies, but they have been held in Germany, Turkey, the United States, Switzerland, the United Kingdom, Canada, Spain and Greece. Notable invitees have included former Secretary of the Treasury Timothy Geithner, Queen Beatrix of the Netherlands, former Secretary General of NATO, Lord Carrington, former Senator and CEO of Goldman Sachs Jon Corzine, Former Secretary of State Henry Kissinger, and the current Commander of the U.S. Cyber Command (USCYBERCOM) and Director of the National Security Agency, General Keith Alexander. The unofficial headquarters of the group is in Leiden, Netherlands.

Its detractors characterize the group’s members as puppet masters in pursuit of a one-world government. These suspicious folks see the Bilderbergs as part of a global shadow government, akin with groups (they also don’t trust) like the International Monetary Fund (IMF), the Council on Foreign Relations (CFR) and the World Bank.

The latest, 2013 conference, held in Watford, Hertfordshire, England, has stirred controversy in Britain’s House of Commons when one member’s association with the Bilderberg’s was called into question. Perhaps in response, the group has, to some extent, lifted the “vale of secrecy” that surrounds its annual meeting, and even allowed protests at the conference.

The Romani are a widely dispersed ethnic group, known throughout Europe and the Middle East due to their nomadic lifestyle. According to estimates, there are 11 million Romani in Europe.

With all of their moving about, it is difficult to trace the Romani’s origin. Nonetheless, linguistic evidence supports the idea that they began in India, approximately 1500 years ago. Genetic testing performed in 2012 supports this theory, and concludes that the Romani came from the Indian Doma population.

When they first encountered the Romani, Englishmen thought, perhaps because of their dark coloring, that the Romani were from Egypt; combined with their terrible pronunciation, the term “gypsy” was born.

It’s not clear if the Romani always intended to be nomadic, but in any event, it appears early Europeans gave them no choice. Having entered Europe in the 1300s, they were described by one kind Cretan monk as “the descendants of Cain.” Over the years, they were expelled from Germany, Italy, France, England and Denmark at various times. During the Holocaust, hundreds of thousands of Romani were exterminated by the Nazis.

Romani entered the U.S. in large numbers in the 19th century; today, they remain a tight-knit, self-governing community.

Perhaps a legitimate business, perhaps an international conglomerate of unfathomable power and influence, the actions of the Societa Generale Immobiliare (SGI) are mostly hidden from view.

Made popular by Francis Ford Coppola in The Godfather III, most fans of the series assumed the multinational corporation Michael wanted to buy to become legitimate, International Immobiliare, was made up. Not so.

It originated in Turin (home of the famous shroud) in the Piedmont region of Italy in 1862. Shortly thereafter, it moved to Rome where its primary business was real estate and construction. In the latter half of the 19th and early part of the 20th centuries, SGI purchased pastureland in and around Rome. As the city grew, the value of SGI’s holdings increased, and the company became increasingly powerful.

Here’s where it gets interesting. The Vatican was the largest shareholder in SGI until the late 1960s. Weirder still, it is rumored that there was some organization or institution that came before and founded SGI, and it was controlled, at least at one time, by the Opus Dei (a secretive and zealous Catholic group).

Among the society’s holdings and partners were, at various times, Hilton Hotels International and the Watergate complex (yes, that Watergate).

Ultimately, I found it hard to locate reliable information about the elusive SGI. In any event, Michael Corleone had high hopes for it: “Immobiliare must be legitimate.”

Known in Japan as the boryokudan, the yakuza is the name given to the highly organized Japanese crime syndicate. The “violence group” is believed to have its origins during the Tokugawa period in Japanese history (1603-1867), an era marked by relative peace and economic stability that followed a long period of civil war.

Experts disagree on the origins of the yakuza. Some aver that the peace of the Edo period, left as many as half a million samurai out of work, and many of those, the ronin turned to a life of crime. To defend their homes against the ronin, townsfolk formed tight knit bands that just happened to spend their nights gambling. One thing led to another, and these folk heroes ultimately took over the gambling rackets. Turning to samurai tradition, they adopted the bushido code of chivalry and obligation.

Others say today’s yakuza have two ancestral branches: the bakuto and the tekiya. The bakuto are purported to have been itinerant gamblers that were able to thrive during the Tokugawa era, in part by teaming with local corrupt officials who used the gamblers to win back worker’s wages; under this theory, the bakuto later moved into other rackets like loan sharking.

The tekiya were unscrupulous Japanese merchants who, while shady with their customers, were believed to ascribe to a strict system of behavior within the organization. It is within this branch that the hierarchy that resembles la Cosa Nostra arose: bosses, underbosses and members. The tekiya branch is believed to have been involved in illicit activities and extortion.

In recent times, the yakuza remain powerful, and “have a hand in all sorts of industries.” As a result, its members are not afraid to announce their affiliation in public; perhaps this is because, in Japan, it is not a crime to be a member of a crime family. In fact, many proclaim their membership in the syndicate by displaying unique yakuza tattoos.

One mark by which many yakuza are recognized is missing fingers, as severing a finger is a common punishment when a member makes a mistake. Consequently, those who leave the yakuza have difficulty finding work, and this condition has created a new market in prosthetic fingers. You have to wonder, however, if the yakuza control that market as well.