This Day in History: November 27th 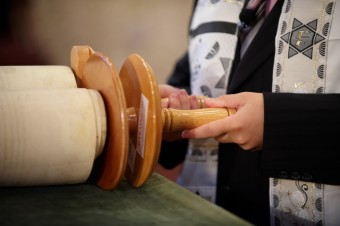 When most parents throw a Bat Mitzvah for their daughters, it’s a matter of renting out a room at the local Holiday Inn and hiring a local cover band to provide the music. Not so for 13-year-old Elizabeth Brooks. Her doting daddy David Brooks, CEO of DHB Industries, the leading supplier of body armor to the U.S. troops in Iraq, shelled out $10 million to rent New York City’s legendary Rainbow Room and filled it with some of the music world’s biggest superstars.

Stevie Nicks, Tom Petty and Don Henley all performed before the headliners, 50 Cent and Aerosmith took the stage. It’s reported that Aerosmith, who were flown in to play the gig on Brooks’ private jet, received a $2 million performance fee for a 45 minute set. Eat the Rich indeed.

Rapper 50 Cent decided the multi-million dollar price tag to perform was worth the risk of losing some of his gangta street cred, as he too took to the stage in the Rainbow Room to do a set for Elizabeth Brooks. His bodyguards tried to discourage party-goers from taking souvenir photos of 50’s performance, but despite their best efforts, photos of his set were showing up on the Internet within days, where he was mocked mercilessly for “selling out”.

But even as he was throwing that extravagant Bat Mitzvah for his daughter, things were already starting to fall apart for David Brooks. In May of 2005, the Marines were forced to recall over 5,000 DHB Industries vests after tests revealed life-threatening flaws.

In October of 2007, Brooks was indicted on 21 counts of alleged securities fraud, tax evasion, obstruction of justice and insider trading. He was accused of using tens of millions of dollars of company money to finance his over-the-top lifestyle, including such luxuries as a $200,000 Bentley, plastic surgery for his ex-wife and a $100,000 belt buckle.

“Right off the bat, he’s going to have a problem with the jury that’s going to be able to comprehend spending $10 million on a bat mitzvah, when most people won’t ever see $10 million in their lifetime,” defense attorney Joe Tacopino said.

In August 2013, Brooks was sentenced to 17 years in prison for his part in falsely inflating the value of the stock of DHB’s top product, the Interceptor vest, to meet profit margin projections. Brooks was ordered to forfeit $60 million accrued from the insider trader racket, and was also ordered to pay restitution.

Prosecutors had sought a sentence of 30 years for Brooks, but the judge decided a sentence of 17 years is fair and just, adding that the will be incarcerated until he is in his 70s.