This Day in History: November 20th 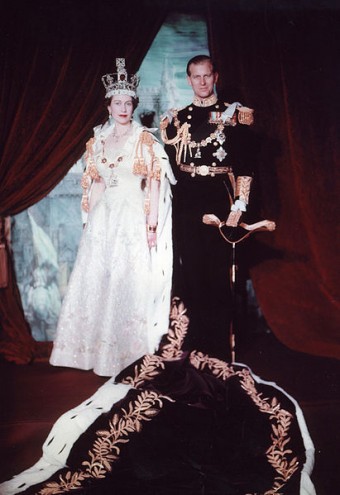 England had its first post-World War II Royal celebration when Princess Elizabeth, daughter of King George VI and Queen Elizabeth, married  her second cousin once removed, Philip the Duke of Edinburgh, at Westminster Abbey in London on this day in 1947. Winston Churchill described the Royal Wedding as “a splash of color on the hard road we all have to travel.” Unlike many royal marriages, this union was truly a love match.

The future Queen of England met her spouse-to-be at the tender age of 13 during the wedding of Philip’s cousin, Princess Marina of Greece. Despite her youth, she immediately became infatuated with the handsome naval officer, and the two began to exchange letters.

Many thought the match between the nomadic and brash Philip and the sheltered and shy Elizabeth an unlikely one. There was more than a hint of snobbery to these whispered pronouncements, as most of those who took offense to Philip’s “rude” and ”overbearing” manner also looked down their aristocratic noses at him for not attending Eton.

Interestingly, the traits that the courtiers found so off-putting were the qualities that attracted Elizabeth to Philip in the first place. People had been fawning over her since the day she was born; Philip wasn’t afraid to treat her like a human being.

In April 1947, King George VI, who adored his daughter “Lilibet,” gave the couple permission to marry on the condition they waited for the bride-to-be to reach the age of 21. Their engagement was announced officially on July 9, 1947.

Like any other bride of the era, Princess Elizabeth had to save up ration cards to buy the needed materials to make her wedding gown. (Though, let’s face it, it’s doubtful anyone would have refused her whatever she wanted for her Big Day.) In fact, as she was dressing, the tiara she was intending to wear snapped, so the court jeweler, (who was on stand-by,) was rushed with a police escort to his shop to make the needed repairs ASAP. It was good as new in time for the ceremony, which was broadcast to 200 million people globally via BBC radio.

On November 20, 2013, Queen Elizabeth II and the Duke of Edinburgh celebrate their 66th wedding anniversary. No other British Monarch has been married as long as Queen Elizabeth – neither have many “commoners” for that matter.

How do they do it? What is the glue that holds this couple together under the unrelenting scrutiny that comes with being royal – and that three of their children’s unions couldn’t withstand? Even with rumors of Philip’s roving eye almost from the day they married, and the Queen’s odd refusal to give the Duke the title of Prince Consort as Queen Victoria had bestowed upon her beloved Albert, they have weathered every storm. Perhaps they put it best themselves.  In a letter he wrote to his mother-in-law, Queen Elizabeth, in 1947 right after his wedding Philip says, “Lilibet is the only “thing” in this world which is absolutely real to me.”

Fifty years later in 1997, H.M. the Queen turned toward the Duke during a Golden Wedding Anniversary luncheon held in their honor and stated, “He is someone who doesn’t take easily to compliments but he has, quite simply, been my strength and stay all these years.”