Denny’s Started Out as a Doughnut Shop 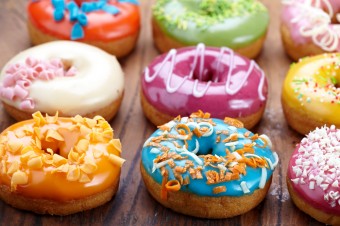 Today I found out that Denny’s started out as a doughnut shop.

For those not familiar, Denny’s is a restaurant popular throughout North America whose slogan is “America’s Diner is always open.” It also has some branches in various South American countries, and a few as far afield as Japan, New Zealand, and the United Arab Emirates, though it hasn’t quite made it to Europe yet. True to their slogan, they’re always open, even at night and on holidays, except in some places where it’s required by law that they close at certain times.

Today, Denny’s serves all kinds of food, like sandwiches, burgers, steak, spaghetti, and fish and chips. However, it’s probably best known for its breakfast items. With all of the meals on its menu now, it’s pretty hard to believe that Denny’s started out as a simple doughnut shop.

Butler said of his start-up in the beginning, “We’re going to serve the best cup of coffee; make the best doughnuts; give the best service; keep everything spotless; offer the best value; and stay open 24 hours a day.” Quite ambitious.

Why doughnuts? It seems that Butler, at least, had experience with running a doughnut shop in Buffalo, New York. When he was a child, his father left the family and Butler did things like count buttons in order to help bring in some money. He also sold doughnuts, which eventually led to him owning his own doughnut shop. However, he realized that he didn’t want to spend his life in Buffalo so he closed the shop and headed out to California.

Just one year after being established, however, Danny’s Donuts became more than just a doughnut shop. The menu expanded to include sandwiches and other entrees. Just a few years later, the restaurant itself expanded, too; by 1959, some twenty Danny’s Donuts had opened around California. That same year, the store was renamed Denny’s because people were beginning to confuse it with another chain, “Coffee Dan’s”.

By 1981, Denny’s had over one thousand restaurants across the United States. Today, Denny’s is as popular as ever, boasting 1600 restaurants in 2010 with a vision to continue growing. Strangely enough, Denny’s doesn’t seem to have a soft spot for its humble beginnings—doughnuts are no longer offered on the official menu.