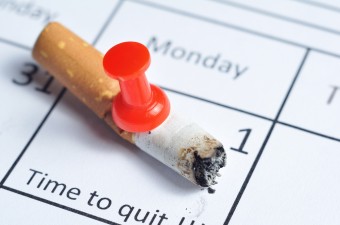 When someone says a substance is addictive, they can mean two separate things. Physically addictive, more accurately physically dependent, is when your body begins to depend on the presence of a particular substance for its physical well being. It’s begun compensating its normal processes to adjust for the new artificial normal. The sudden absence of that substance won’t allow enough time for the body to compensate without the substance. The result will be withdrawal symptoms like nausea, vomiting, chest pains, head and body aches, seizures, uncontrolled body sweats, and shortness of breath.

Alcohol is a great example. If you don’t normally consume it, and then all of a sudden decide to drink like a college student on spring break, your body would be unable to compensate for the sudden influx of booze and you will get nauseated, most likely puke, could have seizures, become unconscious and potentially stop breathing. The same thing happens when you decide to go on a two-year-long spring break bender and then suddenly stop. The body, once again, is unable to compensate for what it considers abnormal.

Substances that are considered to be addictive, yet do not cause the physical withdrawal symptoms when suddenly stopped, tend to be classified as being psychologically addictive, not physically dependent. Meaning the person might still crave the substance, like a stereotypical fat cop does doughnuts, but won’t have to deal with the physical withdrawals that go along with other substances.

Gambling, high risk behaviors like bungee jumping and skydiving, or anything considered psychologically addictive, and yet doesn’t cause physical dependence, tend to stimulate the reward centers of the brain and cause the person to crave whatever action will cause further stimulation. Just try and ring a bell around Pavlov’s dogs and see if they don’t go a little crazy for the reward to come.

Nicotine, like other substances such as heroin, and alcohol, has been shown to cause some level of physical dependence as well as causing the cravings associated with being psychologically addicted. To understand why, let’s talk about what affects nicotine has on the body.

Nicotine is a natural substance produced by a family of plants known as Solanaceae or Nightshade. Dried tobacco leaves contain between .6-3% nicotine. The drug acts on what are known as nicotinic acetylcholine receptors (NCR’s) and affects two main areas of the body- one called the adrenal medulla, and the other affects the central nervous system (CNS).

Inside of the CNS, nicotine binds to those NCR’s and causes the release of several “feel-good” neurotransmitters like dopamine.

Tobacco smoke also contains several substances known as monoamine oxidase inhibitors (MAO). MAO’s enzymes are responsible for breaking down “feel-good” neurotransmitters like dopamine, serotonin, and norepinephrine. The result is more of these neurotransmitters circulating than would otherwise be. When you smoke tobacco, nicotine is able to begin acting on these receptors within about 7 seconds and has a half life of around 2 hours. This sudden reward pathway is one of the reasons some people think nicotine cravings are so intense.

Inside of your adrenal medulla (and several other areas of the body) by binding to NCR’s, nicotine will cause an increase in the amount of calcium that is infused into your cells. The result is a release of the hormone epinephrine (adrenaline). This will cause an increase in your blood pressure, heart rate, respiratory rate, and blood sugar levels. The stuff “adrenaline-junkie” dreams are made of!

One of the under-talked about problems with nicotine is it’s toxicity. NCR’s will increase the amount of neurotransmitter released in response to the amount of nicotine present. The more nicotine in your system, the more toxic the reaction. The average amount of absorbed nicotine in a cigarette is about 1mg. At those levels, all the feel good centers of the brain are working like a charm. The higher the dose, the more unwanted the reaction. Things like nausea, vomiting, abdominal pain, headaches, muscle spasms will progress into seizures, low blood pressures, respiratory failure, and finally around 40-60 milligrams, it will kill you.

The physical and psychological addictive properties of nicotine revolve around your body compensating for these increases in neurotransmitters and hormones. When you stop taking in nicotine the body begins compensating by either increasing or decreasing their release. The end result is the body trying to continue adjusting for nicotine in your system. AKA, withdrawals.

Physical withdrawals with nicotine are considered to be much more mild than withdrawals from other drugs like heroin, alcohol, and methamphetamine’s. Depending on the length of time and amount of nicotine used, the symptoms will vary in intensity and length. They usually begin around 2-3 hours after the last nicotine ingestion and peak at around 2-3 days. The symptoms include anxiety, depression, trouble sleeping, drowsiness, headaches, increased appetite, problems concentrating and feelings of restlessness and frustration. Once the body is able to begin secreting the correct amount of neurotransmitters and hormones to deal with your nicotine-free existence, the remaining addiction tends to be psychological and revolves around cravings.

The psychologically mediated factors around nicotine addiction are thought to be more responsible than the physical factors in the difficulty in becoming nicotine-free. In several withdrawal symptom studies, participants quitting smoking continually listed cravings as the thing having the most negative affects when trying to quit. While most listed physical side effects as an issue, it was the cravings that had more of an impact on them relapsing. Curse you Pavlov! So the physical side effects in this case are typically gone within several days after one’s last nicotine ingestion, but cravings can sometimes last for years.

So, in the end, the higher the dose, the greater the chance of toxic side effects. The more you use it, the greater chance you have of getting cancer, heart disease, stroke, and diabetes. If you do get these diseases and you continue smoking, the greater chance you will have of dying from them. So, needless to say, if you’re a smoker, there are probably few things you can do for yourself that will benefit your long term well-being, and the happiness of those who love you, more than quitting smoking or using other tobacco products, as difficult as that stopping can be.  If you happen to also be overweight and a smoker, then whew, you’ve got your work cutout for you. But in the end, fixing both of those problems, hopefully including a healthy dose of regular exercise and eating lots of veggies and fruit with the fix, will be well worth it for your quality and length of life, and will even save you a boatload of money with fewer medical bills and saving the cost of cigarettes and the like.