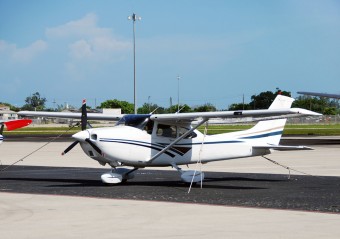 Just needs a dash of salt…

John Cochran impressed Survivor fans this past season by winning a food challenge in which he had to eat beetle larvae, shipworms, a balut (duck/bird embryo complete with feathers and a beak), and finally pig brains. So gross but at least they are all digestable right? There are people in this world who suffer from an eating disorder called pica, which is characterized by persistent and compulsive cravings to eat nonfood items. Some people have turned their appetite for these non-digestable foods into a career, grossing out fascinated crowds of people, but most suffer alone. Today there is even a show about some of these people, TLC’s, My Strange Addiction. Without further ado, here’s the four most bizarre such cases I could find, for your reading pleasure.

1. MICHEL LOTITO– The most famous object eaten by Michel Lotito (aka as Monsieu Mangetout which means “Mister Eats All”) was an airplane – a Cessna 150 to be exact!!!! This metal bird took him two years to consume (1978 – 1980).

Born in Grenoble, France on June 15, 1950, Michel began performing in 1966. When performing, he would eat 2.2 pounds (1kg) of metal daily. In order to help the contents of his metallic meal pass safely through his digestive system, he would break all the metal into small pieces and drink copious amounts of mineral oil before swallowing his main course. He also added vast amounts of water to his diet, creating a sort of water slide for all the metal pieces.

It is estimated that between 1959 and 1997, Michel had consumed nearly nine tons of metal. These nine tons included 18 bicycles, 15 shopping carts, 7 television sets, 6 chandeliers, 2 beds, 1 pair of skis, the Cessna airplane, 1 coffin, and 400m of a steel chain. Although Michel preferred metal, he also ate the rubber and glass and anything else these objects had to offer. Strangely, Michel said that hard-boiled eggs and bananas made him sick.

Sadly, Michel is no longer with us. He died of natural causes 10 days after his 57th birthday on June 25, 2007. I am sure that eating nine tons of metal, with rubber and glass as side dishes had nothing to do with his somewhat early demise.

2. TODD ROBBINS – Todd Robbins, born on August 15, 1958, is best known for his carnival acts that include swallowing swords, hammering a nail into his nostril and consuming glass objects – namely wine glasses and lightbulbs. He estimates that he has eaten over 5,000 lightbulbs throughout his career, sometimes eating as many as 21 a day! And he doesn’t swallow them whole. He first proves to his audience that the lightbulb he is about to consume is real by flipping on a switch to illuminate it. He then unscrews it from its socket, twists the metal off the bottom and bites and chews the glass as if he was eating an apple.

In order to help his digestive system handle all the broken glass, he maintains a strict diet of herbs and fibers. His teeth have cracked from grinding the glass and he admits, “”The danger of glass eating is the lack of control,” Robbins says. “When I swallow it, I don’t know where it’ll go. It’s like Russian Roulette for about two days.”

Todd does not suffer from Pica but rather learned this unsual act from a desire to be a working act performer of a circus or carnival. He describes how he became hooked, “Middle-class upbringing. Clean, safe, quiet — three hots and a cot, as they say — three square meals a day and a place to sleep — and it just bored the daylights out of me. I was looking for something extraordinary, and was 12 years old when, first, I discovered a magic shop where they gave magic lessons, the B & H School of Magic, and then a carnival came through town.”

And the rest is history.

3. TERESA WIDENER – When she is stressed or depressed, nothing comforts Teresa Widener like a good bite of rock. She keeps a hoard of them in the kitchen cupboard and feels comfort from even knowing they are there when she needs them. She estimates that over the last 20 years she has consumed an average of 3lbs of rock per week for a total weight in her lifetime of that of a humpback whale!

As we all our with our food, Teresa is selective about the rocks she chooses. She selects softer and brittle rocks that she knows she can break up easily.  “I pick the ones I like the look of,” she says. “I like the earthy flavour of them so sometimes I just suck the mud straight off them too.”

If the rocks are too big, she breaks them up into tinier pieces with her special rock hammer. She then chews them up using the teeth on the left side of her mouth. Although she has not noticed any alarming health problems due to her unusual diet, Teresa does admit, “I don’t go to the toilet too often and my tummy hurts a little sometimes.”  You don’t say?

4. CASIE – She appeared on TLC’s reality tv show My Strange Addictions only two months after her husband, Shawn, passed away from a severe asthma attack. Married in 2009 and then a widow at the age of 26, Casie was having a hard time letting go of her late husband – literally! She carried the urn holding his ashes with her everywhere she went. She cooked meals for him that she didn’t even eat. Most disturbing of all was that she ate his ashes! The first time she got a taste was when she was transferring his ashes from the temporary holding box to the memorial urn in which he now rests. She says that, “Some of it spilled out on my hands. I didn’t want to just wipe him away, so I just licked it off my fingers.” And then she couldn’t stop. After the taping of the show, Casie entered therapy to help her come up with healthier coping mechanisms for her grief.

Let’s hope she is successful.