Duncan Hines was a Real Person 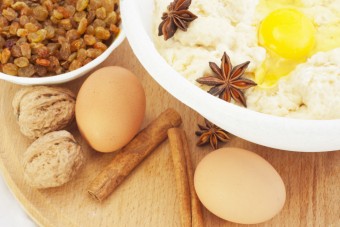 Today I found out that Duncan Hines was a real person.

The name “Duncan Hines” might not ring any bells for you until you walk down the dessert aisle in a supermarket. His name is plastered on countless cake boxes and frosting jars, and it turns out that it isn’t just the brand name of delicious desserts, but also the name of the man behind the company’s creation. He also did a lot more than box cake mixes—he made an important leap in the realm of restaurant and recipe recommendations.

Duncan Hines was born Bowling Green, Kentucky on March 26, 1880. He lived with his grandparents from the age of four following the death of his mother, as his father was unable to properly care for him due to wounds sustained in war. It was his grandmother who introduced Hines to cooking good food. Jane Duncan supposedly spent many long hours in the kitchen preparing meals, and Hines once said, “Not until after I came to live with Grandma Duncan did I realize just how wonderful good cookery could be.”

That said, Hines didn’t set out to become a master chef or have anything to do with food. In fact, he initially worked as a traveling salesman for a printing company. Luckily for him, long hours on the road meant that he was able to indulge in his passion for food by eating out at various restaurants. It was a time of “mom and pop” stores rather than fast food chains, meaning everywhere Hines went he found something different and, often, delicious. It was also a time before highway systems, meaning Hines was able to duck into little-known restaurants and cafes en route to his business dealings rather than just those places along main motorways.

The result was that Hines was able to sample food from across the country. Of course, not every restaurant experience was a pleasant one. Health inspectors rarely went out of their way to inspect restaurants in rural areas, and conditions were often less-than-sanitary. Food poisoning was a common occurrence due to the improper storage of meat. As such, if the food he was served looked bad, Hines would simply get up and pay for his meal without eating it.

Hines kept a journal of his restaurant experiences on the road, and soon it had over 200 entries. After constantly being asked by friends for restaurant recommendations, Hines and his wife Florence wrote a book titled Adventures in Good Eating which was published in 1935. The book contained reviews including the name of the restaurant, its location, a sample of its menu, and prices. Small in size, it was soon kept as a reference book in the cars of many Americans at the time.

In the 1940s and 50s, Hines expanded on this and wrote a newspaper column called “Adventures in Good Eating at Home” in which he provided restaurant recipes which he had collected in his travels, adapted for the home chef. The column was featured in newspapers across the nation every Sunday, Tuesday, and Thursday. Soon enough, “Duncan Hines” was a household name, and “Recommended by Duncan Hines” was recognized as a “seal of approval” on recipes.

He continued to be a frequent diner in restaurants, and perpetuated a myth that he would head to the back of a restaurant first to check out “the garbage situation” before sticking his nose into the kitchen and seeing how the conditions were there. He liked to make restaurants think he could drop in on them at any moment, believing it would encourage them to keep their kitchens clean. In interviews, though, he stated that he liked to look like an average customer when he tried a new restaurant, and he always made a reservation under a different name because he didn’t want special treatment—he wanted to provide the public with a “real” review of the restaurant, not the experience given to Duncan Hines. After he finished and paid for his meal, he would then ask to inspect the kitchen, but he still wouldn’t give the restaurant his real name. Only after the restaurant passed an inspection would they receive notice that they had been added to the “Duncan Hines Family” of restaurants.

Hines teamed up with Roy Park to form Hines-Park Foods, Inc. with the intent to bring high-quality foods to American housewives in the early 1950s. Hines’ name then started being used on grocery products in 1950, but it didn’t start with cake. The very first Duncan Hines product was ice cream that contained more butterfat than any other ice cream on the market, making it much more delicious than its competitors. Putting “Duncan Hines” on the carton proved to be such a lucrative business strategy that other products weren’t far behind. The company also produced around 250 items that could be sold in cans and boxes. In 1951, Nebraska Consolidated Mills began to churn out the first of the famous Duncan Hines cake mixes, followed by bread, pancake, and blueberry muffin mixes in the next two years. In 1957, the Duncan Hines brand was sold to Procter & Gamble, who began to sell other related products under Hines’ name.

Two years later, in 1959, Duncan Hines died at the age of 78 from lung cancer. He was buried at a family grave site in Kentucky.