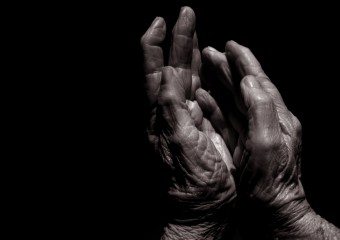 Tracing back to the 14th century, lupus and cancer were both common names for an ulcerous disease. Cancer could involve any tissue, but lupus specifically refereed to afflictions of the skin. In the 16th century, Paracelsus compared the ulcers to a hungry wolf eating flesh because he thought the lesions were taking up excessive blood supply, leaving less for surrounding tissue.

Currently there are several different types of lupus. The symptoms for each can vary greatly. Lupus causes long term inflammation and the results can cause a wide range of symptoms. There is no known specific cause of lupus, but it’s thought to be the result of a combination between genetic and environmental factors.

The body has a natural defense against bacteria viruses, and other harmful foreign organisms, in the form of our immune system. Normally an organ known as the thymus produces certain types of cells (T cells) that recognize our own healthy cells.  They do this by recognizing what is known as MHC molecules. When these T cells become restricted, the body’s immune system can become unable to distinguish our own healthy cells from harmful foreign cells. The result can be an autoimmune disease like lupus.

We all know the common symptoms of an immune response. Who hasn’t had a cold or flu and not felt the reaction from the body fighting the problem? Things like inflammation, fever, weakness, fatigue, and painful joints are common. Many autoimmune diseases will first begin to present in the same way. The damage to healthy tissue, as a result of this autoimmune response, will vary depending on the severity of the response.  The symptoms can be as severe as the damage.

In the case of lupus, these symptoms can specifically be things like extreme fatigue, anemia, swelling in the feet, hands or around the eyes, chest pain when breathing deeply, hair loss, sun or light sensitivity, abnormal blood clotting, and a butterfly-shaped rash across the cheeks and nose.

The type most people think of when talking about lupus is SLE. This type is systemic, affecting several different parts of the body. The symptoms can range from mild to serious and can even lead to death. It affects approximately 1.5 million Americans, and about 16,000 new cases are diagnosed each year. Unfortunately ladies, 90% of the cases are women between the ages of 15 and 45.

Lupus’ symptoms can begin like those of any natural immune response, due to this and because it can affect so many different body systems, there is no single test that can be used to diagnose it. One common method is to test for antibodies known as antinuclear. It is known that people with higher than normal levels of these antibodies have a 50% chance of having an autoimmune disease, and 95% of people with SLE have these antibodies present. Unfortunately, these types of antibodies can also be present in people who don’t have an autoimmune disease. Your doctor will have to use these results in combination with your signs and symptoms to accurately diagnose you.

Some common signs they might look for while paring symptoms with lab tests include Pleuritis, which is inflammation of the lining around the chest cavity that can cause pain when breathing; inflammatory conditions of the lung, commonly known as pneumonia; non-painful kidney problems that result in things like dark urine, swelling of legs, ankles or fingers known as edema; central nervous system problems that cause headaches, dizziness, vision problems, seizures, memory disturbances, and stroke; heart problems like inflammation of the heart itself, known as myocarditis or endocarditis; and inflammation of the lining of the heart known as pericarditis.

Like so many other autoimmune diseases, there is no known cure for lupus. The treatment revolves around symptom control- minimizing inflammation, reducing pain, and stopping the development of serious organ damage.

As you would expect, drugs to treat inflammation like aspirin, ibuprofen, and other non-steroidal anti-inflammatory drugs (NSAIDs) are commonplace. For more serious inflammatory responses, Corticosteroids can be used. Immunosuppressive medication and antimalarial drugs are often used. In some cases, anticoagulants (anti-clotting) drugs are prescribed.

You can see that because lupus will present in so many different ways and the symptoms mimic many different types of problems, it can take several years to appropriately and accurately diagnose someone with it. In fact, there are 11 criteria involved with lupus- 7 are related to your symptoms and 4 have to do with lab tests. You will need to have 4 of the 11 criteria before you doctor will consider diagnosing you with the disease.

So don’t get frustrated with your doctor if it takes a while. The postulate, “if it looks like a duck and quacks like a duck, it must be a duck”, does not apply. In this case, all of the problems are ducks and they all kinda look the same. Duck hunting anyone!