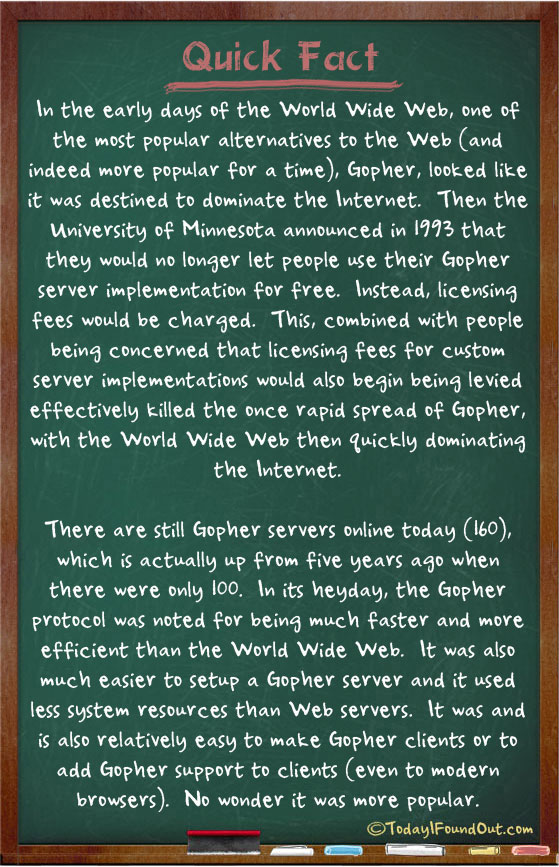 In the early days of the World Wide Web, one of the most popular alternatives to the Web (and indeed more popular for a time), Gopher, looked like it was destined to dominate the Internet.  Then the University of Minnesota announced in 1993 that they would no longer let people use their Gopher server implementation for free.  Instead, licensing fees would be charged.  This, combined with people being concerned that licensing fees for custom server implementations would also begin being levied effectively killed the once rapid spread of Gopher, with the World Wide Web then quickly dominating the Internet.

There are still Gopher servers online today (160), which is actually up from five years ago when there were only 100.  In its heyday, the Gopher protocol was noted for being much faster and more efficient than the World Wide Web.  It was also much easier to setup a Gopher server and it used less system resources than Web servers.  It was and is also relatively easy to make Gopher clients or to add Gopher support to clients (even to modern browsers).  No wonder it was more popular.