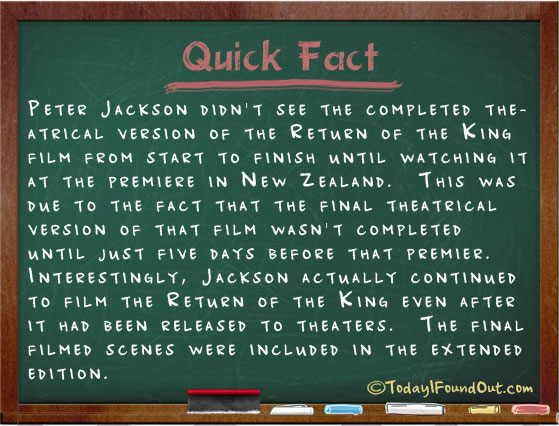 Peter Jackson didn’t see the completed theatrical version of the Return of the King film from start to finish until watching it at the premiere in New Zealand.  This was due to the fact that the final theatrical version of that film wasn’t completed until just five days before that premier.  Interestingly, Jackson actually continued to film the Return of the King even after it had been released to theaters.  The final filmed scenes were included in the extended edition.