Scorpions Can Live for as Much as a Year Without Eating 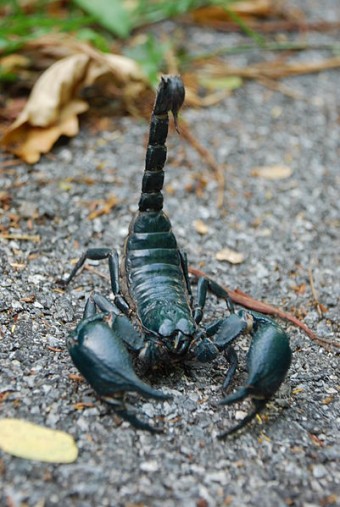 Today I found out scorpions can survive as much as a year without eating.

Scorpions are amazing little creatures. With almost two thousand known species found on six of the seven continents, these arthropods have been able to adapt to some of the harshest environments on earth. One evolutionary benefit they have gained is the ability to slow down their metabolic rate. Scorpions also have an organ called the “hepatopancreas” which is extremely efficient and fulfills the functions equivalent to the liver and pancreas found in humans.

In addition to this, scorpions have the ability to consume large quantities of food compared to their body size. For instance, they have been known to eat up to one third their body weight in a single meal. Due to the large amount of food consumed, the extremely efficient way their bodies handle the nutrition, and the ability to slow their metabolism, scorpions are able to survive up to 12 months without eating.

The way scorpion metabolism works also has benefits not seen in other animal species. While a slow metabolic rate is common in those animals that hibernate, these same animals do not have the ability to quickly speed it back up should the need arise. Scorpions, on the other hand, are not saddled with this weakness. While resting in their metabolic slumber, they can still strike quickly if a situation calls for it, like when unsuspecting prey happens by. It is also thought that this ability has conditioned the scorpion to be able to survive conditions where a slow metabolism might be forced. For example, in one study, scientists froze scorpions for 24 hours, only to have them continue on with their predatory ways once they thawed out.