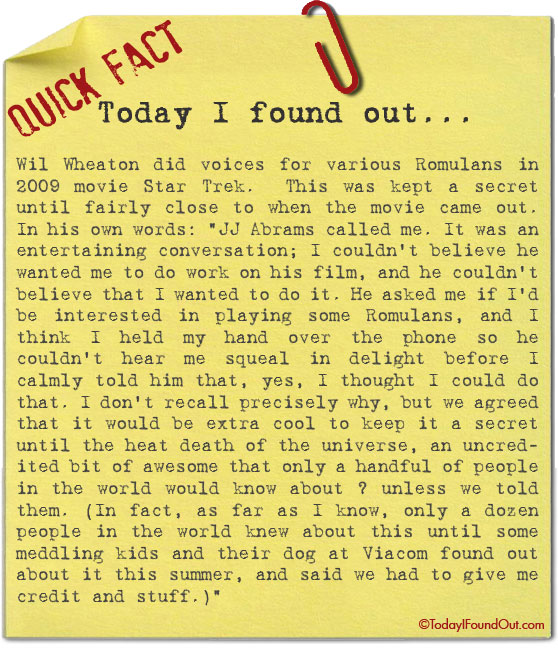 Wil Wheaton did voices for various romulans in the 2009 movie Star Trek.  This was kept a secret until fairly close to when the movie came out.  In his own words: “JJ Abrams called me. It was an entertaining conversation; I couldn’t believe he wanted me to do work on his film, and he couldn’t believe that I wanted to do it. He asked me if I’d be interested in playing some Romulans, and I think I held my hand over the phone so he couldn’t hear me squeal in delight before I calmly told him that, yes, I thought I could do that. I don’t recall precisely why, but we agreed that it would be extra cool to keep it a secret until the heat death of the universe, an uncredited bit of awesome that only a handful of people in the world would know about … unless we told them. (In fact, as far as I know, only a dozen people in the world knew about this until some meddling kids and their dog at Viacom found out about it this summer, and said we had to give me credit and stuff.)”